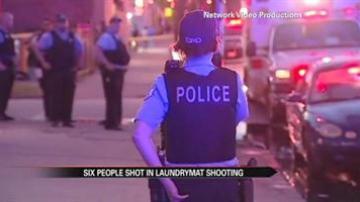 CHICAGO -- Six people, including two teens, are recovering from a shooting at Sudz Coin Laundromat in Chicago.

Chicago Police said the shooting appears to be gang related.

According to the fire department, four of the victims were found inside the laundromat.

All six were taken to the hospital.

A customer on her way to the laundromat says this violence is just too much.

"That could've been me!  I'm sitting there looking at this lady lying on the ground, crying. I was just about to walk through the doors," said Chicago resident Nashon Williams.