7 shootings in 19 days in Benton Harbor 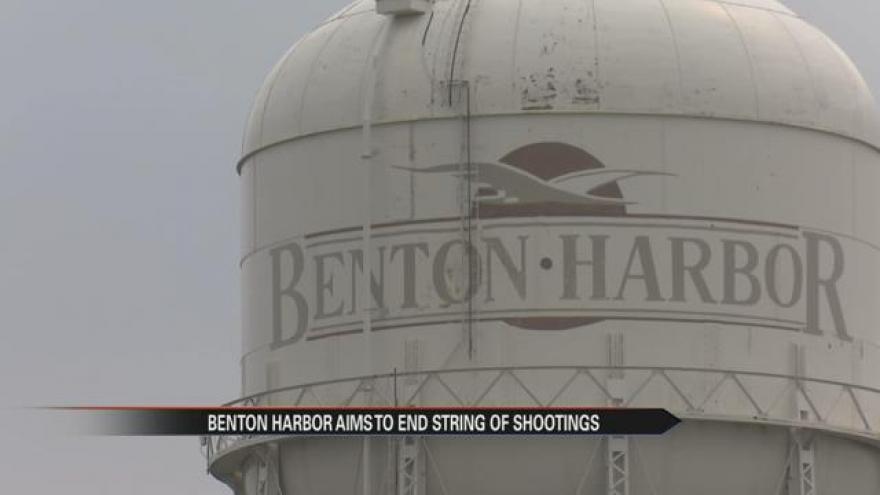 A spike in gun violence in the month of April has city residents on edge. We spoke with the mayor to see what the next steps are.

“[The Department of Public Safety is] committed to working strategically to address the recent shootings,” said Marcus Muhammad, the mayor of Benton Harbor. “However, I must say that the greatest way to address crime is prevention.”

On April 7, a shooting outside the Salvation Army in downtown Benton Harbor claimed the life of John Conyers.

The next day, more shots injured another person at the nearby River Terrace apartment complex.

These were just two of the seven shootings to happen in Benton Harbor since April 1.

Less than two months ago, ABC57's Taylor Popielarz reported that the city was seeing less violent crime thanks to a partnership with state police.

As the weather continues warming up, residents are worrying.

Benton Harbor Department of Public Safety Director Dan McGinnis was away Thursday for a funeral, so Popielarz spoke with Mayor Muhammad.

The mayor said he had spoken with McGinnis about the shootings ahead of the interview.

Muhammad said prevention can come from all corners of the community.

“We really need to work with churches, non-profit groups, [the] school system, where we literally have centers for conflict resolution,” said Muhammad.

And while strong policing is always necessary, Muhammad said there are deeper wounds that need tending to in Benton Harbor, in order to stop the violence.

“Until the issues of hopelessness, unemployment, guns, drugs dumped into black communities – until those issues are resolved – because when you dump guns in, you dump drugs in, and pull opportunity out and closing schools, all at the same time – or the threat – then that creates an environment for violence,” said Muhammad.

The mayor said he’s working with the city’s school district, the YMCA and the Boys & Girls Club to establish programs and activities that will keep kids in the city occupied and out of trouble throughout the summer.

But Muhammad said the largest group of unemployed people in Benton Harbor is young black men.

He said the community needs to come together to start making a difference.