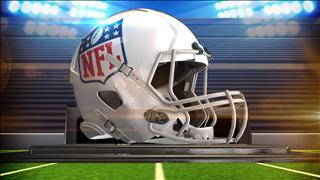 Eighty-seven of 91 former NFL players who donated their brains to science after death tested positive for a brain disease that is believed to be linked with repeated head trauma and concussions, researchers said.

The former players were found to have had chronic traumatic encephalopathy, known as CTE, according to the U.S. Department of Veterans Affairs and Boston University.

It's not clear why some players develop the disease and others don't.

The study results don't necessarily mean that 96% of all NFL players are at risk for CTE, said Dr. Robert Cantu. The brains came from players who, while they were alive, had concerns about CTE. His group began its work in 2008.

The data was published on the website for the Concussion Legacy Foundation, which Cantu co-founded, and first reported Friday by the documentary TV program "Frontline."

The NFL said it had taken several steps to make play safer. Among the changes in recent years has been conducting pregame medical assessments of players, along with on-field and postgame assessments of players involved in hard hits. Another has been moving the kickoff spot 5 yards forward, reducing the number of kick returns.

"We are dedicated to making football safer and continue to take steps to protect players, including rule changes, advanced sideline technology and expanded medical resources," the league said. "We continue to make significant investments in independent research through our gifts to Boston University, the (National Institutes of Health) and other efforts to accelerate the science and understanding of these issues."

In May, Dr. Russ Lonser, chairman of the NFL's Head, Neck and Spine Subcommittee, said there has been a 25% reduction in concussions and 40% reduction in helmet-to-helmet hits in the past three seasons.

CTE is a progressive degenerative brain disease found in some athletes and others with a history of repetitive brain trauma.

The brain tissue of people found to have CTE displays an abnormal build-up of tau -- a protein that, when it spills out of cells, can choke off, or disable, neural pathways controlling things like memory, judgment and fear.

Cantu is unequivocally clear that CTE is not unique to athletes.

"There are a number of cases in people who never saw an athletic field," he said. Cantu gave the examples of former military members, people who have suffered from gram mal seizures, autistic children who rocked and banged their heads, abuse victims, and even people who were shot out of a cannon as part of a circus act.

CTE can be diagnosed only after death.

Earlier this year, the NFL and thousands of former players settled a lawsuit that provides up to $5 million per retired player for serious medical conditions associated with repeated head trauma.

While the lawsuit was a combination of hundreds of actions brought by more than 5,000 former players, it may apply to as many as 20,000 former ex-NFLers.

The overall rate of incidence of CTE among NFL players can only be determined after a number of brains from players who did not exhibit or experience any symptoms of CTE, are studied, Cantu said.