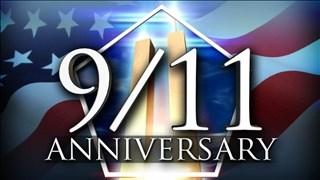 The South Bend Fire Department, in conjunction with Clay Fire Territory, Mishawaka Fire Department, The Salvation Army Unit 511, and Firefighters Local 362, will host a Patriot Day Remembrance Ceremony on Friday, September 11 at 9 am at the 9/11 Memorial at St. Patrick’s Park, 50651 Laurel Road.

The ceremony will honor area soldiers who were killed in combat in the Global War on Terror in Iraq and Afghanistan, first responders who died while actively serving, and all who paid that ultimate sacrifice on September 11, 2001. U.S. Senator Joe Donnelly (D-IN) will attend the event, which will also feature the Firefighters Color Guard and the John Adams High School Show Choir.

Saint Joseph Health System Mishawaka Medical Center will remember those who lost their lives during the Sept. 11, 2001, terrorist attacks during a special service at its Mishawaka campus.

The service will be held at 11 am on Friday, Sept. 11, in front of the World Trade Center Memorial in the medical center’s lobby. The service will memorialize those who have died during the recent wildfires in the western United States and honor also the fire, police and EMS personnel who serve and protect our local community. The community is invited to attend.

Immediately following the Sept. 11 Memorial Service, Mass will be celebrated at Our Lady of Fatima Chapel.