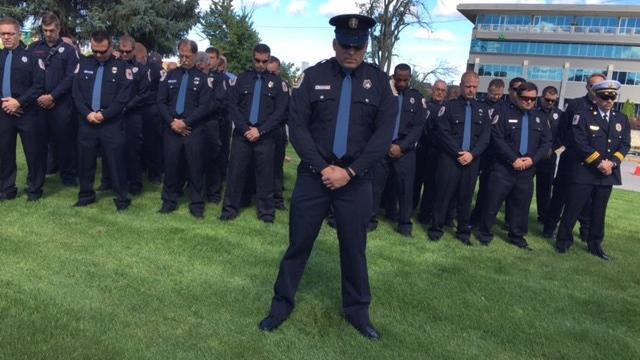 On the fifteenth anniversary of the terrorist attacks on American soil, the Elkhart Fire Department unveiled a memorial containing a piece of steel from the World Trade Center.

The memorial was built and designed by local firefighters, striving for a way to remember all of those who lost their lives on Sept. 11, 2001.

The memorial is comprised of elements representing all three events that took place on 9/11.  There are stainless steel beams that symbolize the World Trade Center.  The beams stand 93 inches high, commemorating United Flight 93 that crashed in Shanksville, Pennsylvania.  The base of the memorial is shaped like the Pentagon.

There is also a plaque with the location of where Flight 93 was grounded, with the famous quote from that day "Let's Roll."

The traditional bell honoring fallen firefighters was sounded, to remember all who lost their lives fifteen years ago.

The dedication ceremony was power, that it spoke for itself.