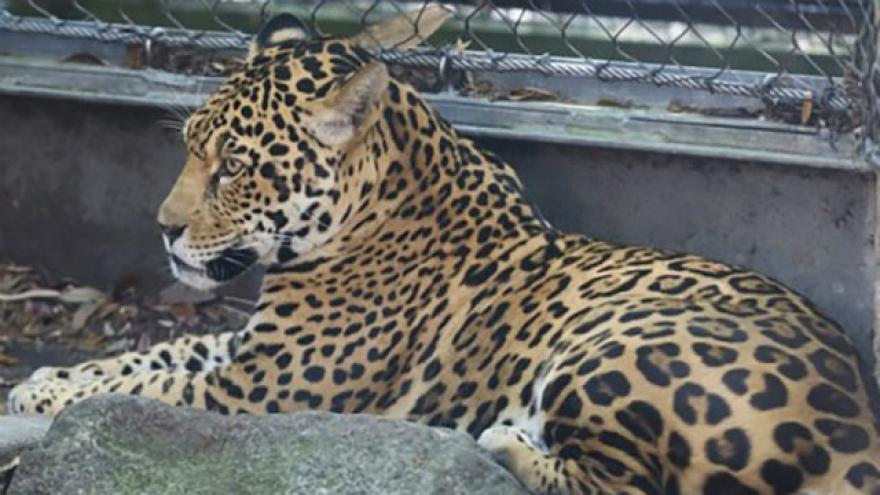 NEW ORLEANS (AP) — A little girl's teary-eyed self-portrait, stuffed toys and a stick of taffy from a local street vendor, were among the items left at the entrance to the Audubon Zoo in New Orleans on Monday — a makeshift memorial for nine animals killed by a jaguar that escaped its enclosure two days earlier.

No people were injured when Valerio, a 3-year-old male jaguar, escaped Saturday morning before the zoo's scheduled opening. The big cat was captured within an hour. But the eventual animal death toll was three foxes, five alpacas and an emu.

Grief counseling was provided for zoo staff and officials encouraged the offering of notes at the zoo's entrance.

The words "We are very sorry" were scrawled on the child's drawing.

How Valerio escaped remained under investigation.

"Our initial findings have pointed to the break in the stainless steel cable barrier on the roof of the exhibit that potentially allowed enough space for the jaguar to escape," a Monday afternoon zoo news release said. "This is our initial finding, but we are still doing an investigation."

The zoo never opened Saturday. Large crowds were on hand for Sunday's reopening — with the jaguar exhibit closed indefinitely.

Monday's visitors seemed, at most, only mildly concerned for their safety.

"When you have predators, it's going to happen," said Quinn Thacker, a tourist from Woodbridge, Virginia. "But it's kind of scary that it did."

"We heard about the incident, but we figured that it would be safer than less safe today, because they definitely don't want this to happen again," said J.J. Bol, a visitor from Houston.

"So, we're going to just go have a good time, right?" he added, laughing.

In a Monday afternoon news release the zoo said officials have examined the Audubon's other large carnivore exhibits and found "nothing of concern."

"Our jaguars are being housed behind the scenes in a secure night house until our investigation has concluded and repairs are made," the statement said. "We do not currently have a timeline of when the exhibit will reopen."