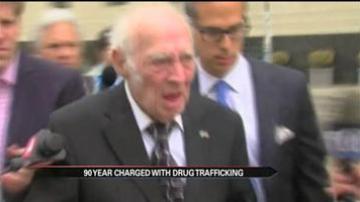 DETROIT -- A 90-year-old Michigan man spent his birthday in front of a federal judge for allegedly transporting drugs.

Leo Earl Sharp was sentenced to 36 months in prison.

He is accused of transporting more than a ton of cocaine from the Southern United States into Michigan.

Sharp says a Mexican cartel threatened to kill his family in order to force him to traffic the drugs into the state.

Sharp told the judge and reporters he has no plans on going to prison.

He thinks it is a death sentence, and he threatened to kill himself.