911 call leads to standoff between one man and police 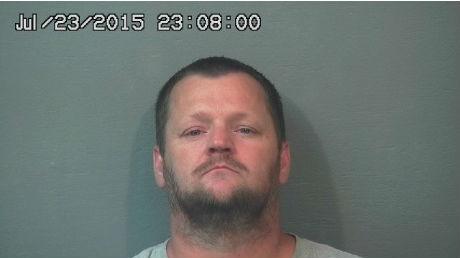 Van Buren County officials were dispatched to First Street in Keeler Township for an assault incident around 4:00 p.m. Thursday.

A 21-year-old male was struck with a metal baseball bat and fled the residence to a nearby home where he called police.

Upon arrival, officials attempted to arrest Hess but he fought with deputies and was able to gain re-entry to the home.

He allegedly armed himself with a rifle and a shotgun.

Police surrounded the residence, closed the roadway, and evacuated nearby residences in the area.

Hess threatened to shoot police during the standoff and claimed to be in possession of explosives inside the home.

After several hours, Hess surrendered to police and was taken to the Van Buren County Jail.

He was arraigned on four criminal charges including Assault with a Dangerous Weapon, Weapons/Firearms, and Obstructing a Police Officer and his bond was set at $10,000.

During the investigation a search of the residence was conducted and officials seized four rifles (one with a sawed off barrel), 3 shotguns, miscellaneous ammunition, and other additional items.

The incident is still under investigation by the Van Buren County Sheriff's Office.