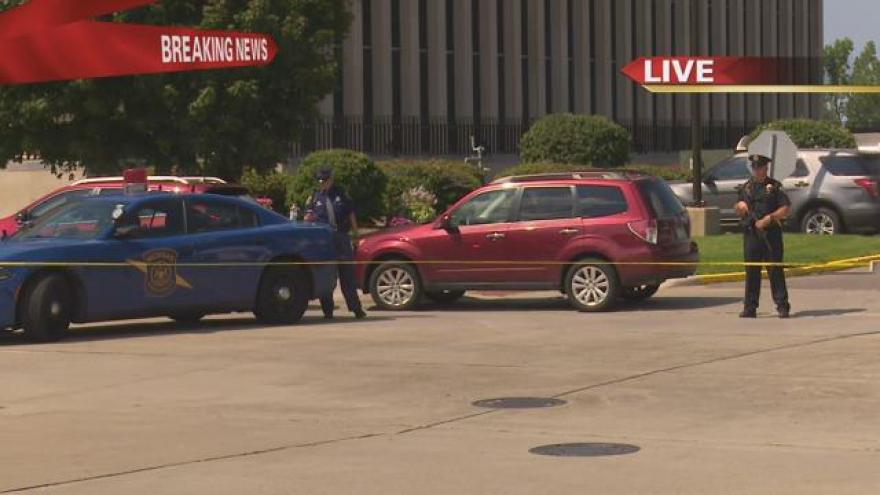 BERRIEN COUNTY, Mich. - The 911 dispatch calls from Monday's shooting that left two bailiffs and the shooter dead, injuring two more provide a chilling account of what happened inside the Berrien County Courthouse.

Dispatch was inundated with calls from those inside. The recordings total around 90 minutes.

The first call came from a worker named Stacy. She names the defendant Larry Gordon as the shooter.

Someone saying "Male with a gun has a hostage” can be heard in the background of Stacy's call.

Other callers identify a more exact location of the shooting and those injured.

A male caller, locked in an office, whispers to dispatchers as gunshots ring out in the background.