A casino in South Bend? 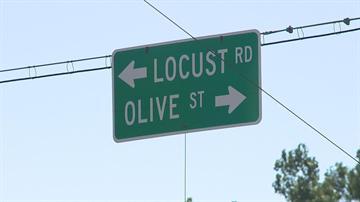 SOUTH BEND, Ind. – A casino could be coming to town if the federal government approves a proposal by the Pokagon Band of Potawatomi Indians to build a Tribal Village that would include a gaming facility just over two-miles away from downtown South Bend.

A notice posted last Friday on the Federal Register by the Bureau of Indiana Affairs announced the beginning of the information gathering process for an Environmental Impact Statement on the plan.  According to the notice the tribe wants to build 44 housing units, a multi-purpose facility, a health service building, tribal government facilities, a hotel, restaurants, a parking garage and a casino on around 164-acres that the tribe owns on the southwest corner of the intersection of State Road 23 and Locust Road.

“Somebody might want to live next to a casino, not me,” explained Sal Gerschoffer, who lives near the proposed site.  “That’ll be a lot of revenue coming in for the city and we’re in kind of a bind right now, the city of South Bend losing all these homes being torn down that’s tax money that we could’ve had, but it’s not there anymore and with this casino…kind of hard to say that I don’t want it.”

Most neighbors ABC 57 talked to on Tuesday hadn’t heard about the plan and had mixed reactions.  But, Bruno Cataldo of Bruno’s Pizza is hoping his restaurant on State Road 23 has hit the jackpot and has even sold some of his land to the tribe.

“People come in they bring money they’re going to spend,” Cataldo said of his hopes for the business. ”Right now it’s dead.”

But, the plan is far from approval.  As part of the Environmental Impact Statement the government will take into account the impact the plan would have on the environment, traffic, transportation, culture, the economy, health and public safety.

A public meeting on the plan is scheduled for September 27 at 6 p.m. at the South Bend Century Center.

Link to the notice on the Federal Registry: www.federalregister.gov/articles/2012/08/24/2012-20833/notice-of-intent-to-prepare-an-environmental-impact-statement-for-the-proposed-pokagon-band-tribal#addresses