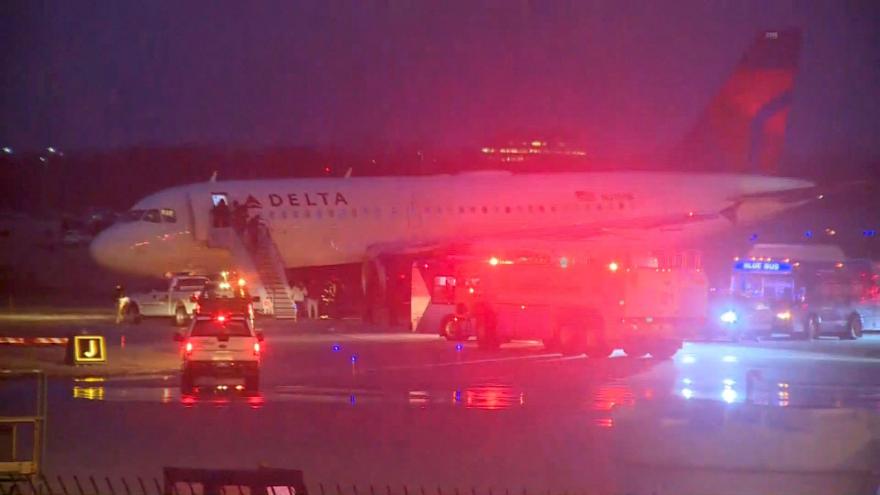 Delta Flight A319 was taxiing from the airport terminal when its nose wheel dropped off the taxiway pavement, according to spokesman Joe McBride.

"No known injuries," he said. "Buses being brought out to remove passengers."

The airport was closed as of 6:35 a.m. CT due to ice and expected to reopen by 9 a.m. CT, the FAA's Air Traffic Control system said.

The airfield was closed because of "slick conditions" while deicer was applied, McBride said, noting the closure was unrelated to Flight A319 going off the pavement.

A significant round of freezing rain is heading towards the metro Kansas City area Friday morning, according to the National Weather Service.