A grieving grandma wants to bring her grandchildren to Michiana 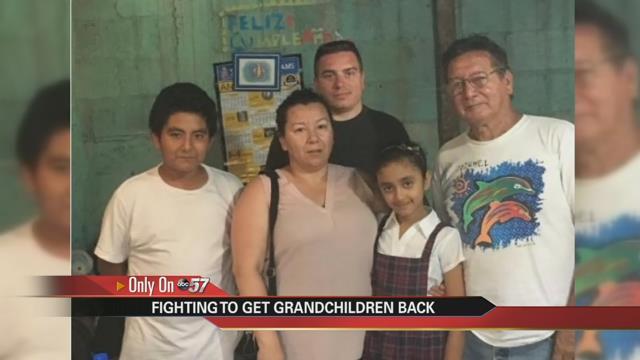 A grieving grandmother is sharing her story filled with loss and a battle to get her grandchildren to a safe home.

“Yeah it’s been like a nightmare that never ends when we think everything is going to get better something else happens,” says Zulema Lee of Mishawaka.

Lee says the nightmare started thousands of miles away from her home in Mishawaka.

Lee is originally from Guatemala but has lived in Indiana for over 20 years and spent the last 12 years here in St. Joseph County.

“Finding out that she got killed and the baby was present and getting over there everything was so rushed I wasn’t even able to see her in the casket because by the time I got there she was decomposing already,” says Lee.

In May, a Guatemalan newspaper printed a tragic picture of Zulema’s daughter.

Garcia Perez’s body was found outside her second story apartment.

She leaves three kids behind and the youngest who witnessed his mother’s murder is only two years old.

Lee and her husband first tried to adopt their grandchildren to bring them to the United States.

“There are nights that I can’t sleep because its hard and like I said I thought it was going to get better, we filled the paper work for immigration at least on this end we are waiting on court in Guatemala,” says Lee.

Immigration always takes time and Zulema and her family are working with Senator Joe Donnelly’s office to possibly expedite the process.

“I’m the only thing they have and I know with me and my husband they will have a better life. There are better opportunities here, in Guatemala is really dangerous, yea it’s not a good place for them to be raised there,” says Lee.

Lee says her attorney has told her she could be waiting up to three months to see if any type of legal documentation could be granted to her grandchildren.

The Lees have faced many legal and travel fees if you are interested in helping the family out click here.