A legend in the world of retail died on Black Friday 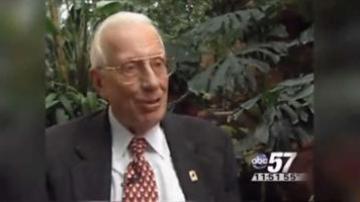 GRAND RAPIDS, Mich -- A legend in the world of retail died on Black Friday.

Fred Meijer passed away on the biggest shopping day of the year.

Meijer was credited for starting the super-center store format in the 1960s. His store became a staple all over the Midwest. By 2009 Meijer had 180 stores.

He suffered a stroke at his home in Grand Rapids on Thursday and died early Friday morning.

Meijer and his wife gave millions to many causes around the Grand Rapids area.