The number of confirmed cases of the deadly EEE virus in Michigan this year has matched the number of reported cases over the past decade. Many people are concerned and taking preventive action. Some schools have started limitations on outdoor activities, including moving practices and game times.

The most recent report from the Centers for Disease Control (CDC) shows Michigan has had seven cases of EEE between 2009 and 2018. The latest numbers from the Michigan Department of Health has seven reported cases so far in 2019 alone.

Mapping from the CDC of reported EEE human infections shows Allegan, Barry, Kalamazoo and Van Buren Counties in Western Michiana as source regions. The two recent reports of human cases in Berrien County show that this disease is spreading. 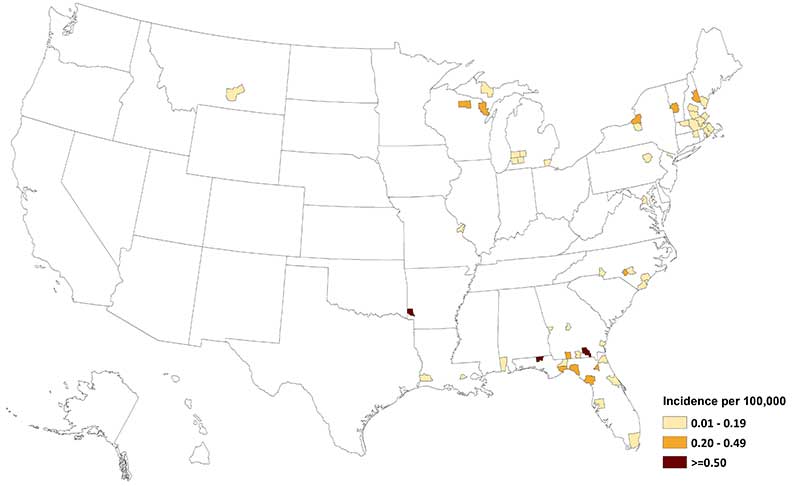 Mosquitoes like the heat and are most active when temperatures are between 61 and 93 degrees. 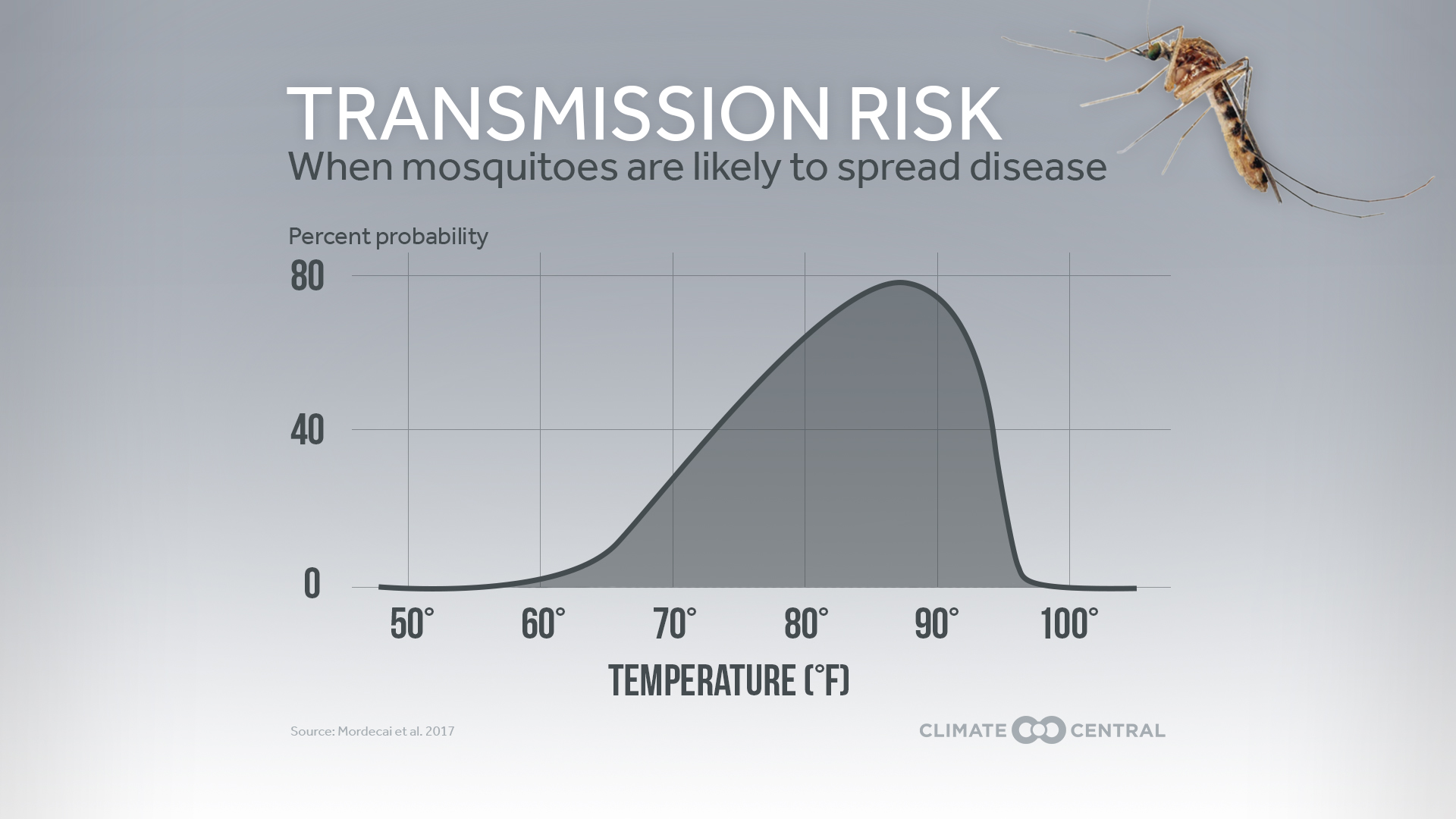 The more days and hours we experience in this range, the more mosquito activity we see. As a result, transmissions become more likely.

As temperatures cool in fall, the bugs may still survive but their activity decreases greatly. However our warm ‘skeeter season’ is lasting longer. Since 1970, South Bend is averaging five more days of these warm, favorable conditions. 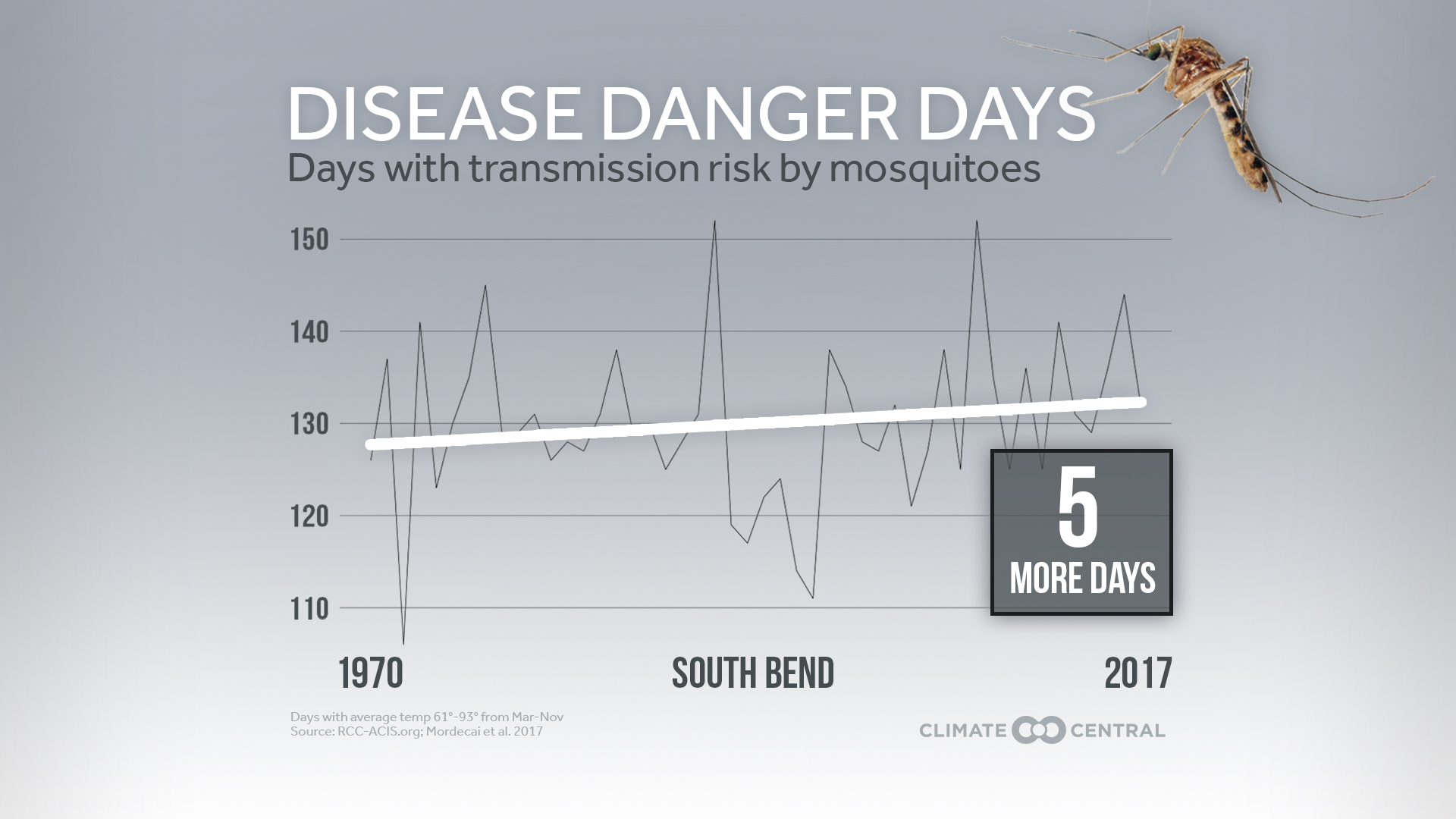 This data is further backed up by the average last day of our 80 degree heat trending later into fall. It’s trending a day later on average since 2000; last year was almost a week later. 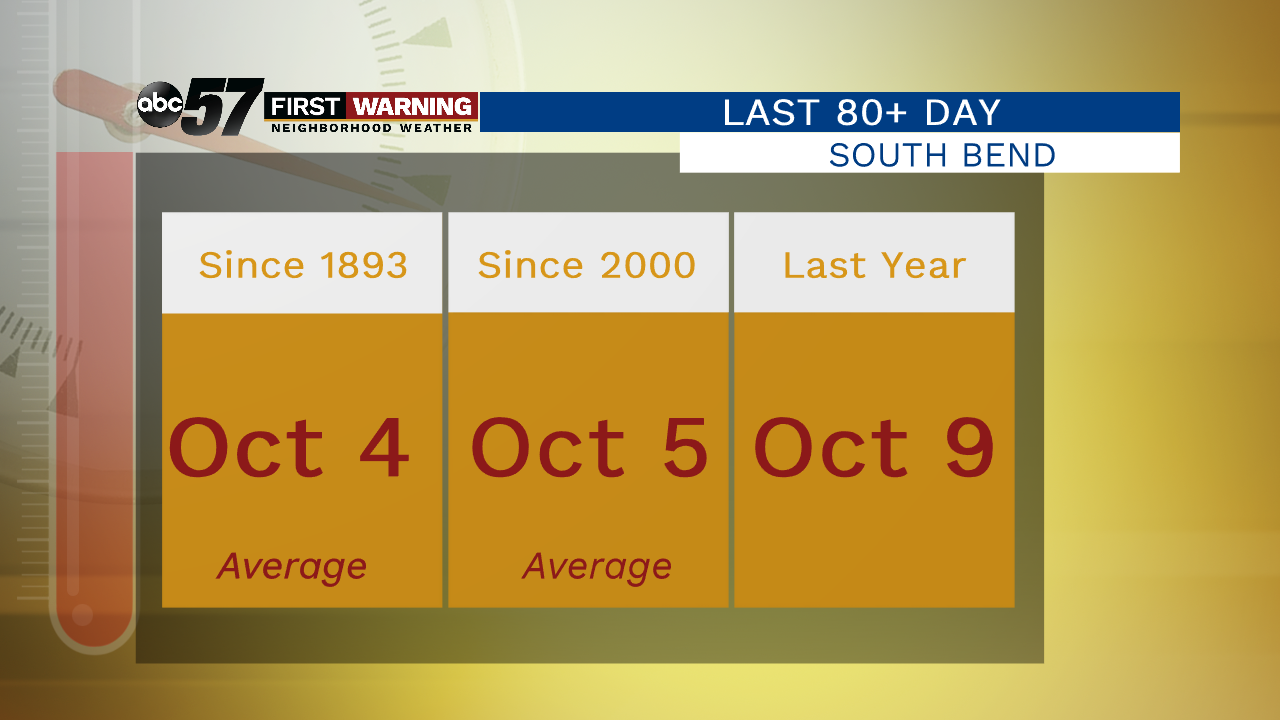 Mosquitoes breed in still, standing water. The only benefit in the recent weather pattern has been the below-normal precipitation. If that wasn’t the case, the number of mosquitoes and reported infections could be higher.

Also a longer warm season, means more breeding cycles for mosquitoes to reproduce. A recent study by Purdue University also predicts an increase in mosquito-born illnesses as the number of mosquitoes increases. 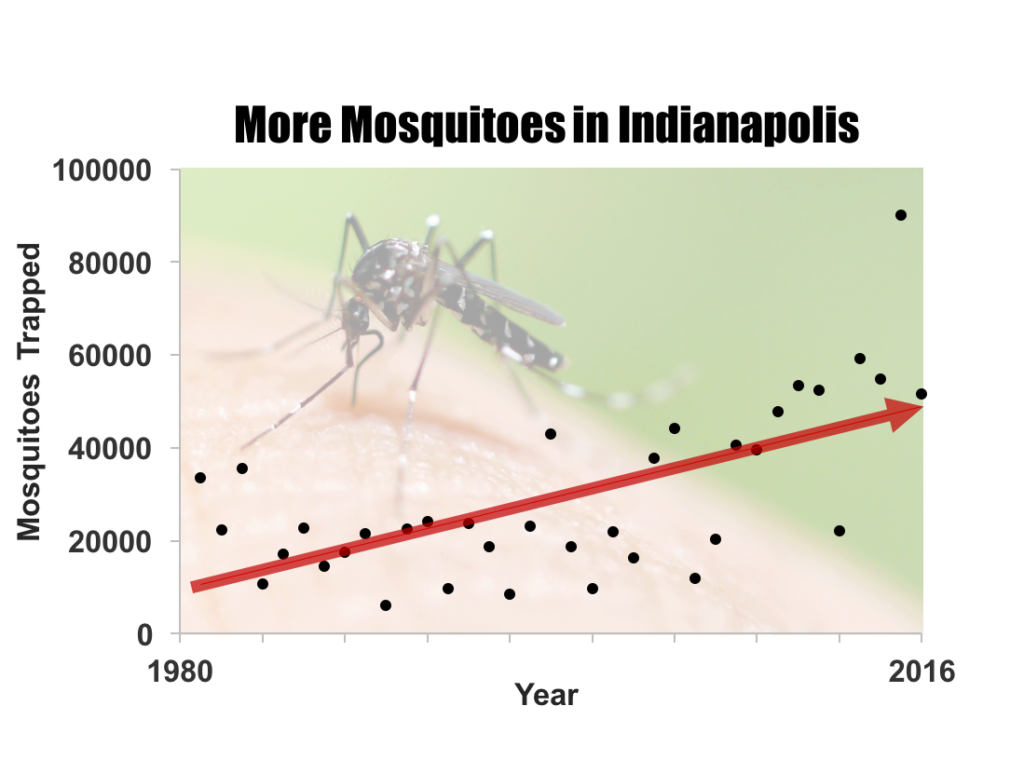 Climate change doesn’t cause mosquito borne illness, it increases its spread. It may mean states, counties, communities and you will need to take more mosquito precautions in the future.