Lake effect snow showers are moving in early this morning and they're being helped along by an interesting feature. It's called a "mesolow" and it's the same as a typical low pressure system that can span many states, only on a smaller scale. This tiny low creates enough instability, lift, and spin in the atmosphere to help generate these lake effect snow showers. And, much like a regular low, the snow sticks with the mesolow as it slowly pushes onto land later today, bringing heavy snow at times for the very western portions of Michiana. 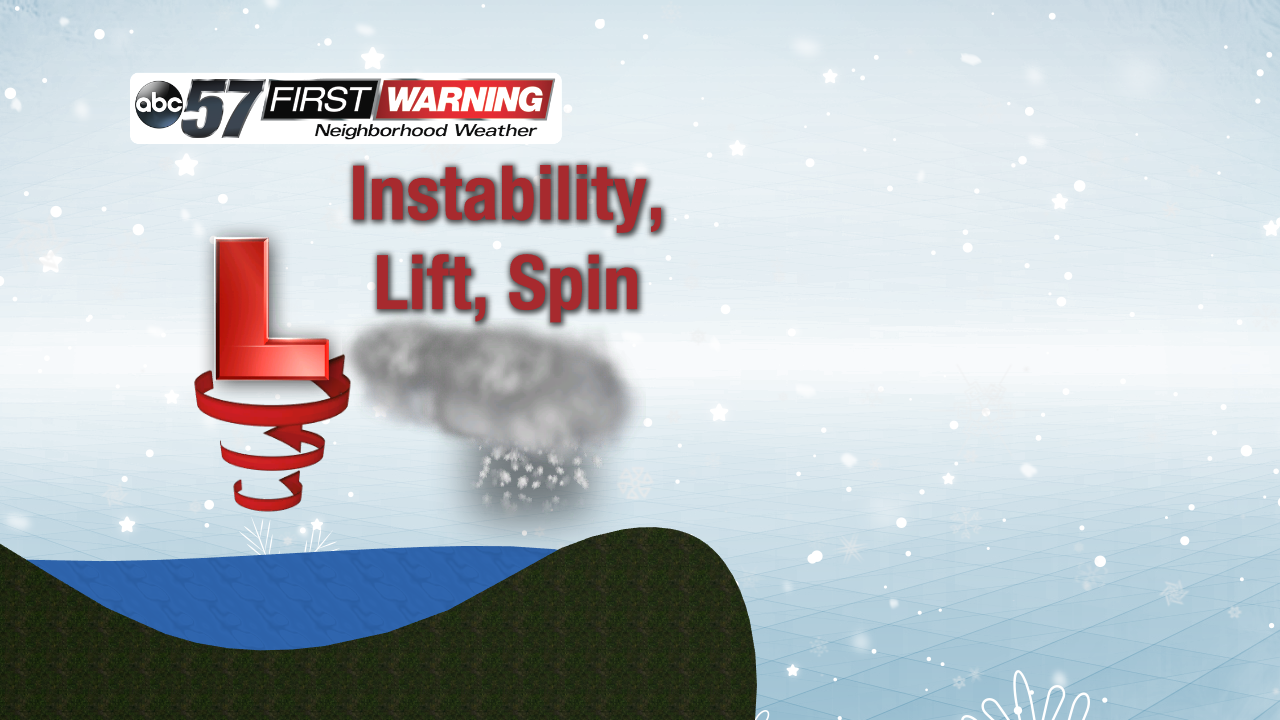 Also, as the snow falls, the texture or consistency can change as the air temperature changes. Heavy, wet snow falls with temperatures close to freezing. That wet snow has a high water content and you only need about 5" of snow to get 1" of water. As the temperature falls, that snow becomes lighter, drier, and fluffy. You need much more snow to get that same 1" of water, as much as 20, 25, or even 30 inches! It's important for meteorologists to know which snow ratio to use when forecasting to get the best idea on snowfall accumulations. 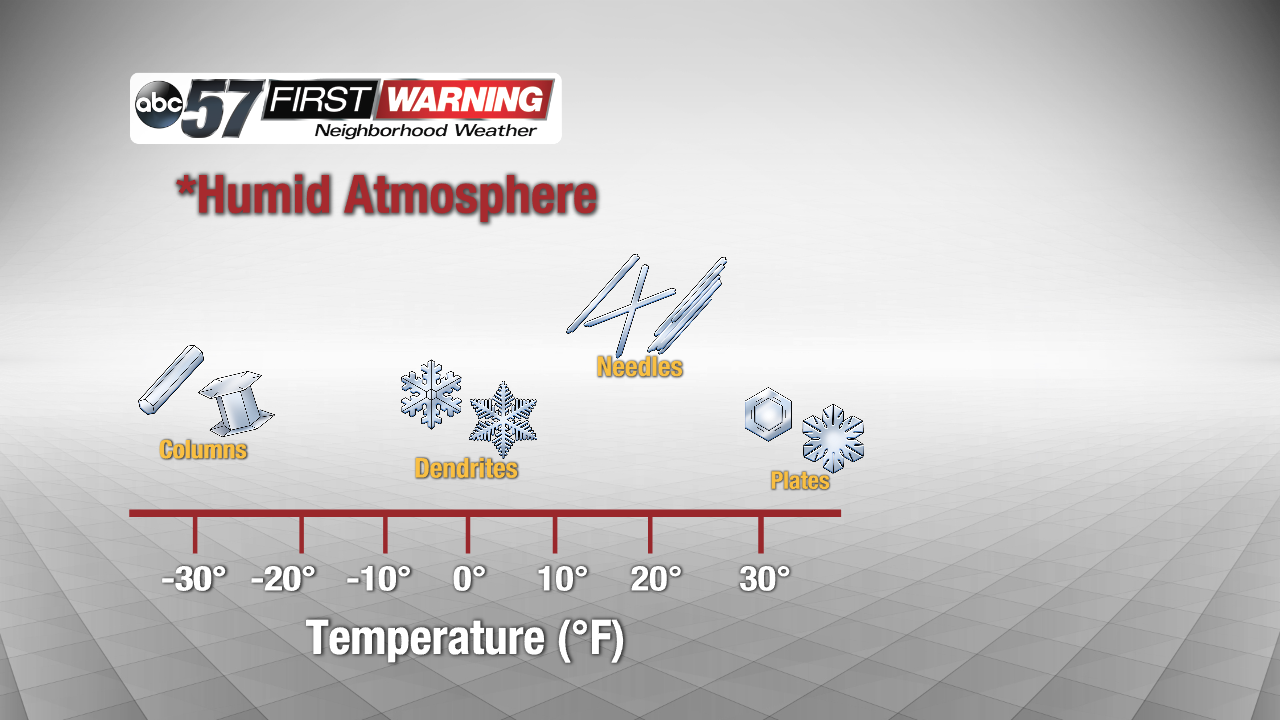 Different snowflakes form with different temperatures! When it snows, see if you can identify the shapes of the flakes!