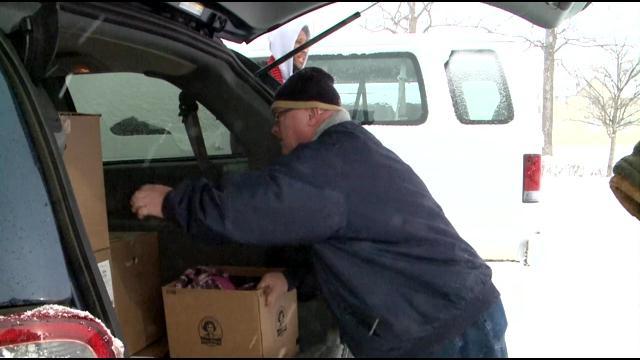 A Michiana activist for the homeless is asking city officials to turn vacant homes and buildings into shelters on brutal winter days.

John Shafer who runs the nonprofit Chicago and Michiana Five for the Homeless is known for collecting blankets for the homeless. Today he is asking for more – he wants more shelters.

“Find a vacant building, a vacant apartment house, an office building - someplace where they can house the homeless. Get them out of this weather,” said Shafer.

Ronald Dove who visits Faith Mission's warming center and homeless shelter says “In this area, this is the only one. The only other one in the area is in South Bend. So yea, they are few and far.”

Shafer says he is petitioning for city officials to follow suit of other cities who have used vacant homes to reduce the cost that come with housing the homeless.

In Elkhart there are homeless who could benefit from more shelter options.

Ross Swihart, the Executive Director of Faith Mission of Elkhart says, “Well typically the reason for not being able to take a person would be like on our family side for the most part because we are filled up.”

Having to turn away the homeless in need is exactly why Shafer is asking the city to take action.

“Begin to house our homeless and get them off the streets,” demands Shafer.

Shafer is looking for support and asking people to write their city officials to support his cause. He says with a bigger community response the more likely his plan will be heard.