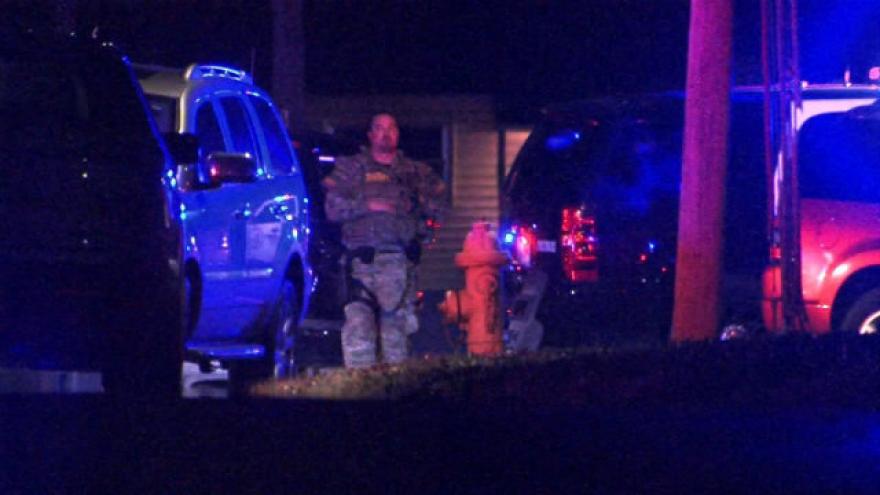 An officer in Clinton, Missouri was killed in a shooting on March 6, 2018. Photo courtesy KSHB 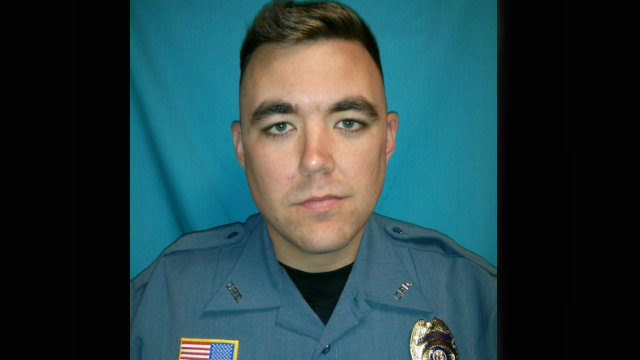 By Joe Sutton and Faith Karimi

(CNN) -- A shooting incident that left one police officer dead and two others injured in Missouri started with a 911 phone call punctuated by screams.

During the call, which came in around 10:20 p.m. ET Tuesday, two women could be heard screaming in the background at the home in Clinton, said Sgt. Bill Lowe of the Missouri State Highway Patrol.

The shooter barricaded himself in the home, leading to a nearly two-hour standoff, Lowe said.

One officer, later identified as 30-year-old Christopher Ryan Morton, was fatally shot inside the home, according to the state patrol. Two others were in stable condition and being treated for gunshot wounds -- one in the arm and the other in the shoulder.

A SWAT team found the shooter dead just after midnight inside the home, Lowe said.

Morton "served with distinction for the citizens of Clinton" as a full-time police officer, the state patrol tweeted.

The shooter was identified Wednesday as James E. Waters, 37, of Clinton, the state patrol tweeted.

It wasn't immediately clear how the shooter died or what his relationship was to the women, who were not injured, Lowe said.

This is the second Clinton Police Department officer killed in less than a year.

In August, a Clinton officer was gunned down during a routine traffic stop. Officer Gary Michael, 37, had pulled over a vehicle for a suspected registration violation when a shooter got out of the car and fired at him.

The suspect in last year's incident was charged with one count of first-degree murder and one count of armed criminal action, both felonies.

"It's hard to put it in words what you go through when you have an officer killed in the line of duty," Lowe said Tuesday night. "And then to have it happen to a department after a short period of time, that's hard to wrap your head around."

"Our hearts ache for our brothers in blue at the CPD," it said in a statement.

"Our community has lost another public servant due to a police officer involved shooting. We are praying and ask that each of you pray for all involved and especially for the family of the officer who was killed in the line of duty this evening."