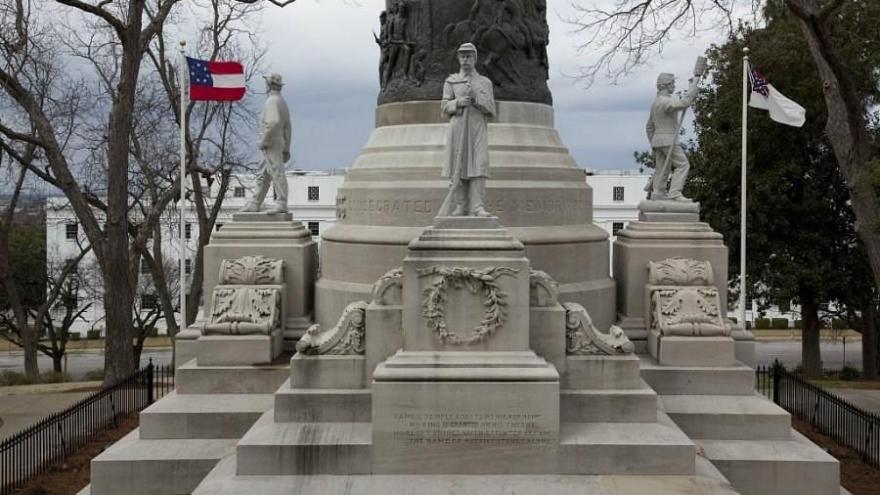 (CNN) -- Alabama -- one of the Southern states steeped in controversy over the public display of Confederate monuments -- now has a law protecting these and other old landmarks.

The law creates the Committee on Alabama Monument Protection.

That body would OK waivers for modifications to the monuments, memorial buildings and streets and architecturally significant buildings on public property between 20 and 40 years old.

The committee would also consider requests for renaming of a memorial school on public property for 20 or more years.

An entity that makes changes without a committee waiver would be fined $25,000 for each violation.

Schools, streets and buildings described as "memorial" are those on public property "erected for, or named or dedicated in honor of, an event, a person, a group, a moment, or military service."

Supporters of the law argue that it hasn't been accurate to describe the legislation as a Confederate monument bill.

The legislation's sponsor, Sen. Gerald Allen, a Republican from Tuscaloosa, and other proponents say the bill is designed to preserve all of the state's history so its citizens can learn from the past.

CNN reached out to Sen. Allen and Gov. Ivy for comment.

Opponents -- including citizens, lawmakers and groups like the Southern Poverty Law Center -- vehemently disagree with the stance of those supporters.

"This is clearly about Confederate memorials," said State Sen. Hank Sanders, a Democrat from Selma. He argues the law helps maintain the public veneration of Confederate white supremacists.

He notes that "the law was not thought through" because it would affect communities that want to make sensible changes to roads and buildings.

Asked whether opponents of the legislation will fight the measure, Sanders said "we're looking into every possibility."

There has been a nationwide debate over Confederate symbols, which some argue represent slavery and injustice and others say represent history and heritage.

The issue became front and center in the United States after the 2015 massacre of nine black parishioners by a white supremacist at a Charleston, South Carolina, church.

The killer, Dylann Roof, is seen in photos with a Confederate flag.

New Orleans has recently removed Civil War-era landmarks, moves both protested and celebrated. Mayor Mitch Landrieu defended the removal of the Confederate monuments in a speech that drew national attention.

The issue has also been contentious in Virginia and Mississippi.