A sloppy end in Ann Arbor

If you were watching, or even at, the Michigan/Michigan State game last Saturday, you probably noticed the heavy rainfall during the early portions of the 4th quarter. The line of showers and storms that moved through Michiana Saturday evening was the same batch of rain that fell on "The Big House".

Around 10:30 PM local time, heavy rain started to fall on Ann Arbor, affecting the last quarter of the important foot 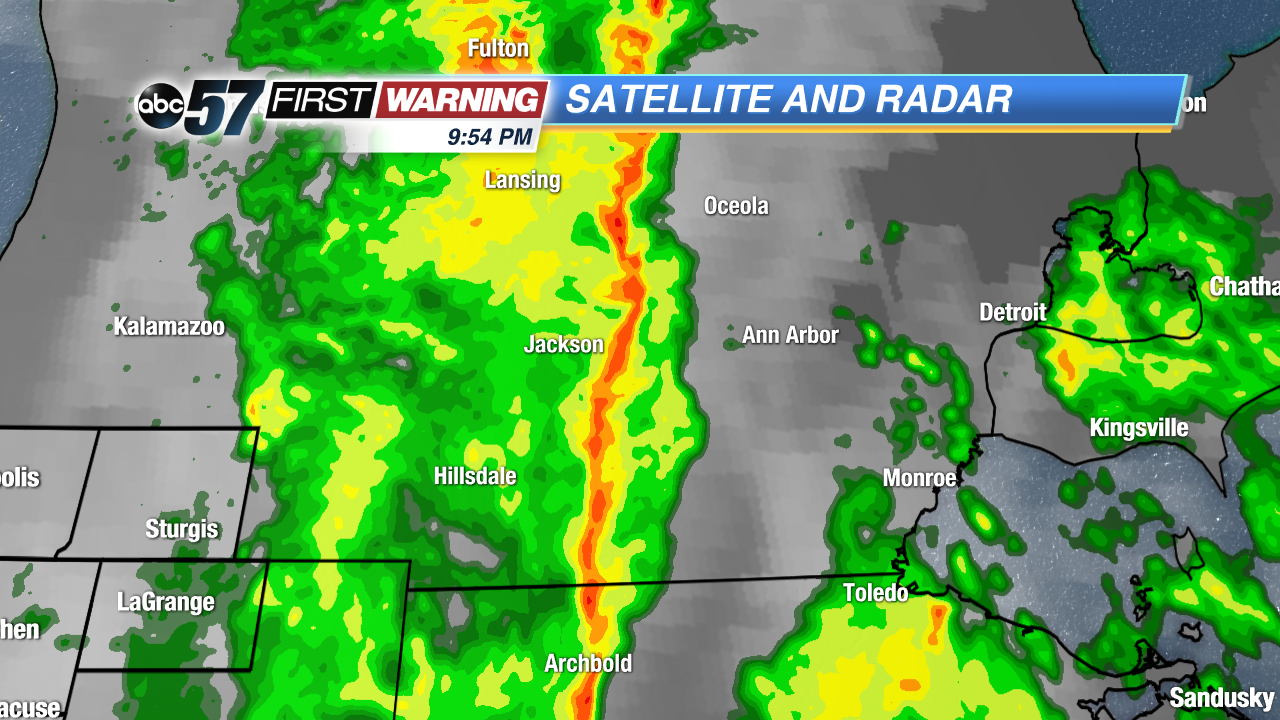 Heavy rain and gusty winds came through Ann Arbor as Michigan and Michigan State were still playing in the 4th quarter.
ball game. Many players were slipping and sliding all over the field as fans who couldn't find cover got absolutely soaked. Gusty winds also accompanied the rain as many reports of downed tree limbs came in, mainly north of Ann Arbor.

Hopefully, if you were at the game, you had your poncho handy.  Many don't realize that a soaking rain can actually be somewhat hazardous to your health. In a colder environment, getting wet can reduce your core body temperature, which can even cause you to shiver even when temperatures are no where close to freezing. Also, you may notice that your summer allergies could kick in after a heavy rain.

Pollen can easily be released and scattered by trees and weeds during and after a heavy downpour, which can cause those itchy, watery eyes and runny noses to return. Warmer-than-average temperatures do not help the problem either, so allergy sufferers may have to keep the nasal spray handy for a little while longer.