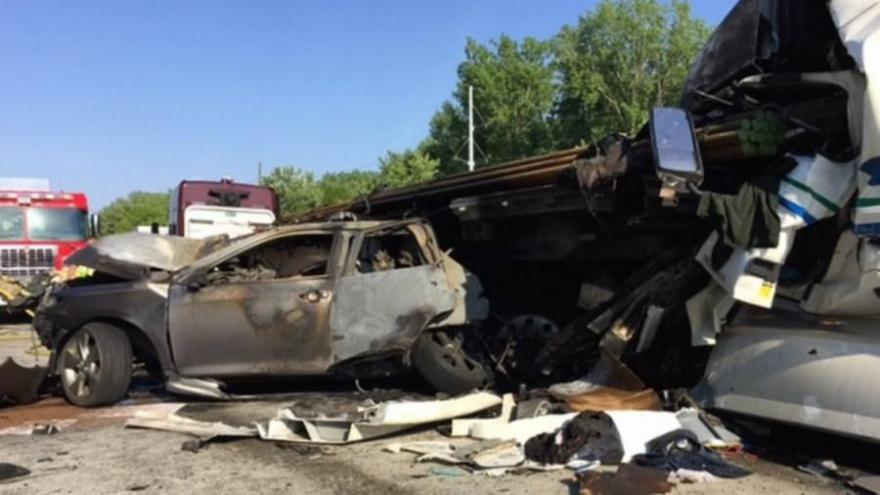 The accident involved two semis and one passenger car that took place around 4:50 p.m. May 13th, on Interstate 70 near mile marker four.

Eastbound traffic was moving slowly due to fire departments working on a small brake fire on the shoulder.

A semi-trailer failed to slow and struck the rear end of a passenger vehicle, forcing the vehicle into the rear of another semi-trailer.

During the collision the passenger car erupted in flames and all occupants were deceased at the scene.

The semi-trailer driver who failed to slow was also pronounced dead at the scene.

Troopers believe the semi-trailer driver may have been from Michigan and the occupants of the vehicle from Indiana.

Eastbound lanes were closed due to cleanup and efforts to extract the driver of the semi-trailer.

ISP Master Trooper Jason Schoffstall is investigating the crash but was assisted by several ISP agencies and departments.