A tribute to remember September 11 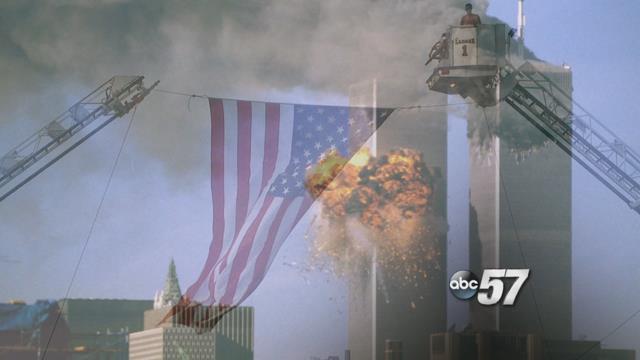 A tribute was held on Wednesday to remember those who lost their lives during the September 11, 2001 attacks.

The Stephen Siller Tunnels to Tower Foundation was created to honor Stephen Siller, a New York fire fighter who died that tragic day.

His family wanted to create a foundation in his honor to keep his memory alive. They did this by creating an exhibit that contains pieces from the World Trade Centers, documentary videos, recordings of radio transmissions, and live tours by retired fire fighters who witnessed it happen.

The foundation began a year after Siller died as a way to raise money for orphanages and burn centers across the country. He became an orphan at a young age after losing both of his parents.

Eventually the foundation turned into a way to help veterans with double and triple amputees. The foundation raises money to build what is known as "smart houses," which are completely handicap accessible and equipped with household functions able to be controlled primarily from a smart phone or tablet.

The exhibit travels all across the country and is intended to educate the public on what happened that day almost 14 years ago said John Carroll, a retired firefighter who worked for the Fire Department of New York.

“We travel the country with our exhibit to raise money to build homes for those who need it. Every town that we go into, the patriotism that everybody shows is and want to help is beyond belief,” Carroll said.

That day is one that is burned in his memory.

“I actually responded to the scene after the second building collapsed. We went on a search and rescue mission but we knew these were our buddies we had worked with all through the years and we knew there were a lot of family members that were missing. I can tell you from experience after 911, the months that followed we were knocked down,” Carroll added.

“I was at work. I distinctly remember Mike pointing to the TV and said there’s a second, and he never finished the word plane and it hit the second tower,” Sink said about fellow fire fighter when the attacks happened.

He is thankful to see an exhibit like this come through Elkhart County.

“We’re quite a ways removed from 911 and I think it helps bring what happened back to the fore front, and it helps remind all of us. Firefighters usually remember but it helps the general public remember. It’s a fantastic memorial and I’d love to see as many people come out and visit and take part of it as can,”Sink added.

To learn more about the Stephen Siller Tunnels to Tower Foundation, click here.