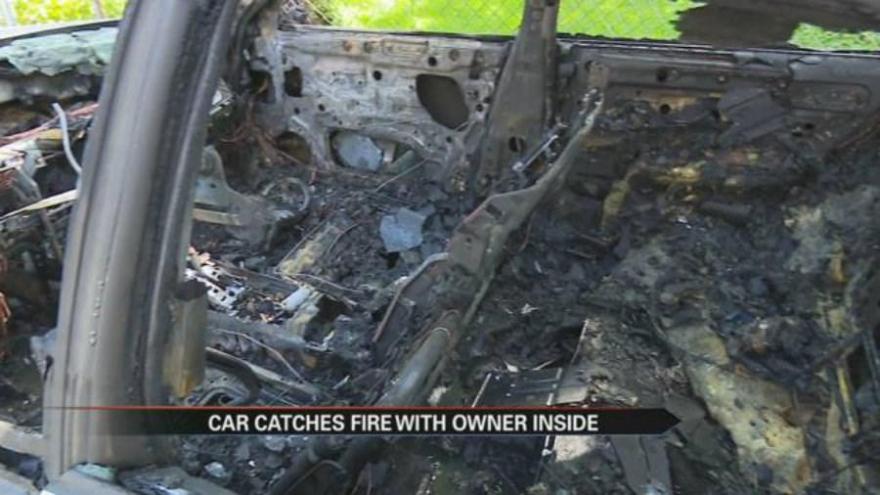 A vehicle burst into flames this morning while a man was still inside of it.

The South Bend Fire Department was called to a home on Roger Street in South Bend around 10:00 a.m. May 16th.

When Firefighters arrived they found the vehicle completely engulfed in flames.

The owner, 67-year-old, Billy Luster said he noticed smoke coming from underneath the hood recently, but his vehicle caught on fire before he could get to a mechanic.

Luster was the only person in the vehicle along with his dog.

“Pulled up in the driveway before I could get out real good and I looked back in to get my keys out, it had already started flaming so I just took off running and I had my dog with me and she had ran off for about a half hour… she jumped out while it was smoking."

Several of Luster’s neighbors had seen what was happening and called 911 immediately.

No one was hurt but his car is a complete loss.