A wild February, but what about March?

NOW: A wild February, but what about March? 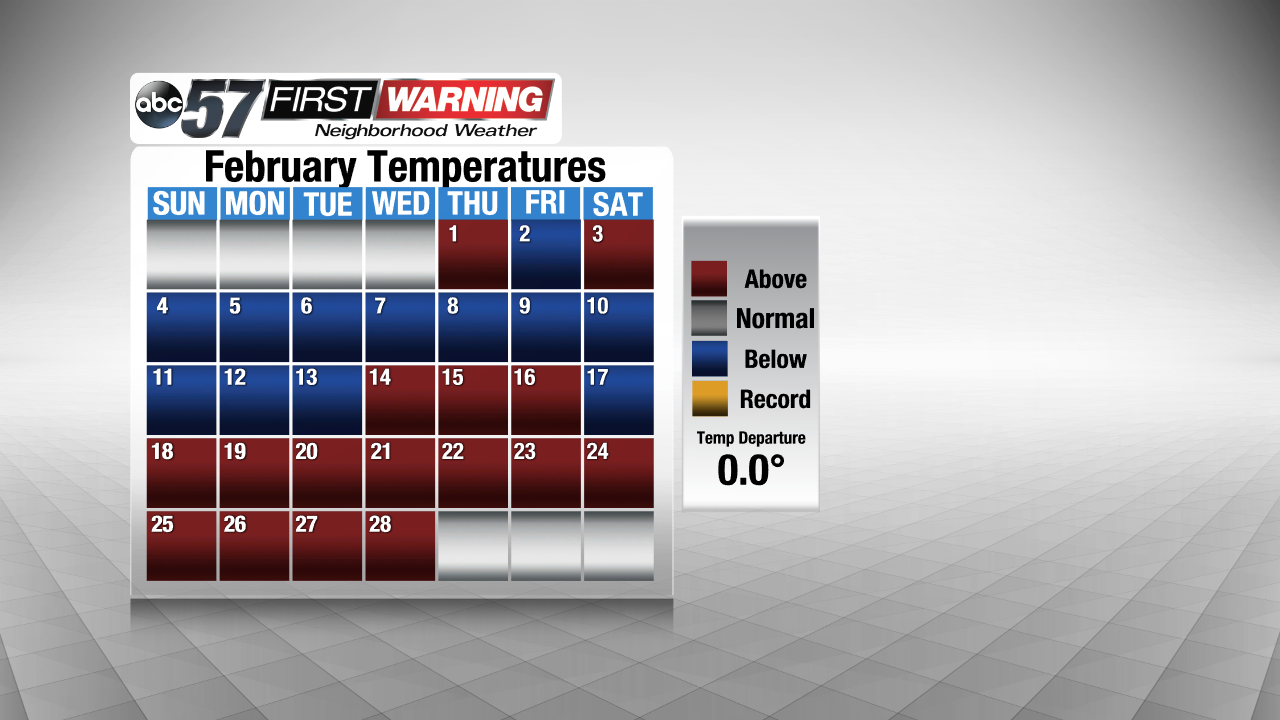 February of 2018 will go down as a memorable month for weather in Michiana. We had anything from big temperature swings to record snowfall and historic flooding. Believe it or not, though, our overall average temperature from start to end wound up at exactly normal! The first half of the month was quite cold with a few nights dropping below zero. While no records were set, it was certainly a frigid go of things through the first two weeks of the month. Then, the pattern switched and 17 of the last 18 days of February saw above normal temperatures. That included two days in the 60s. However, no records were broken during this stretch either. 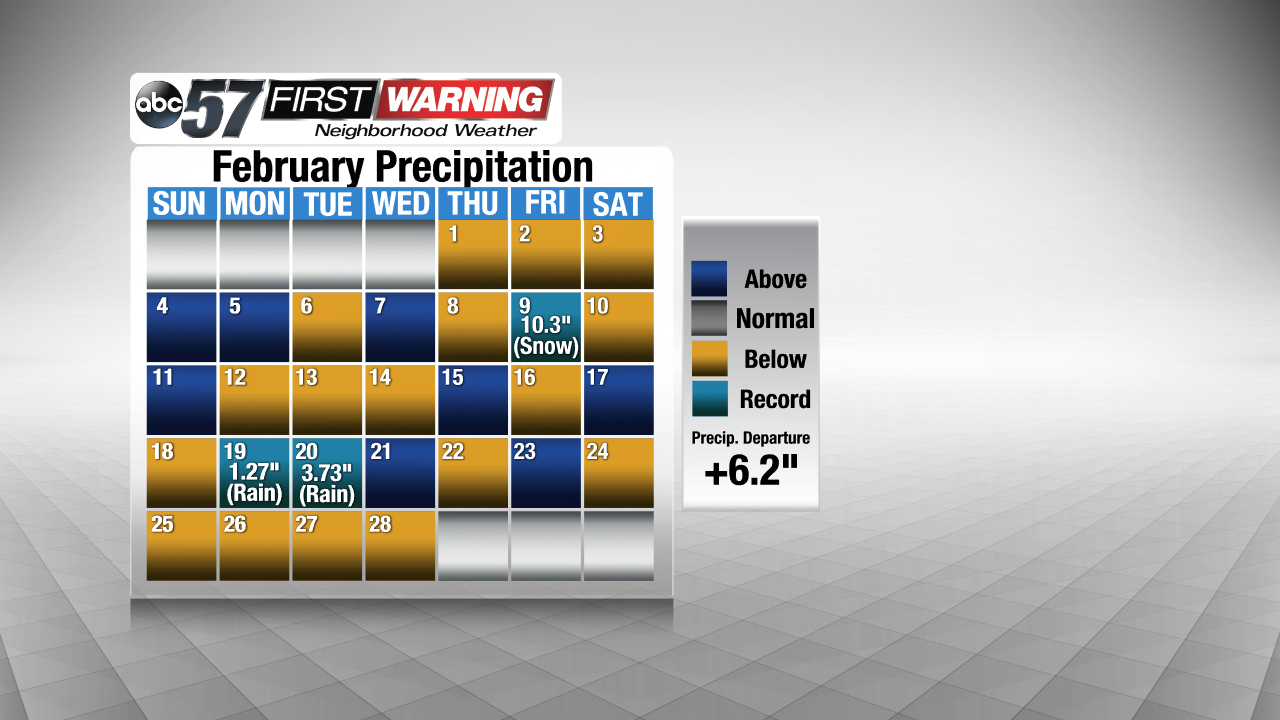 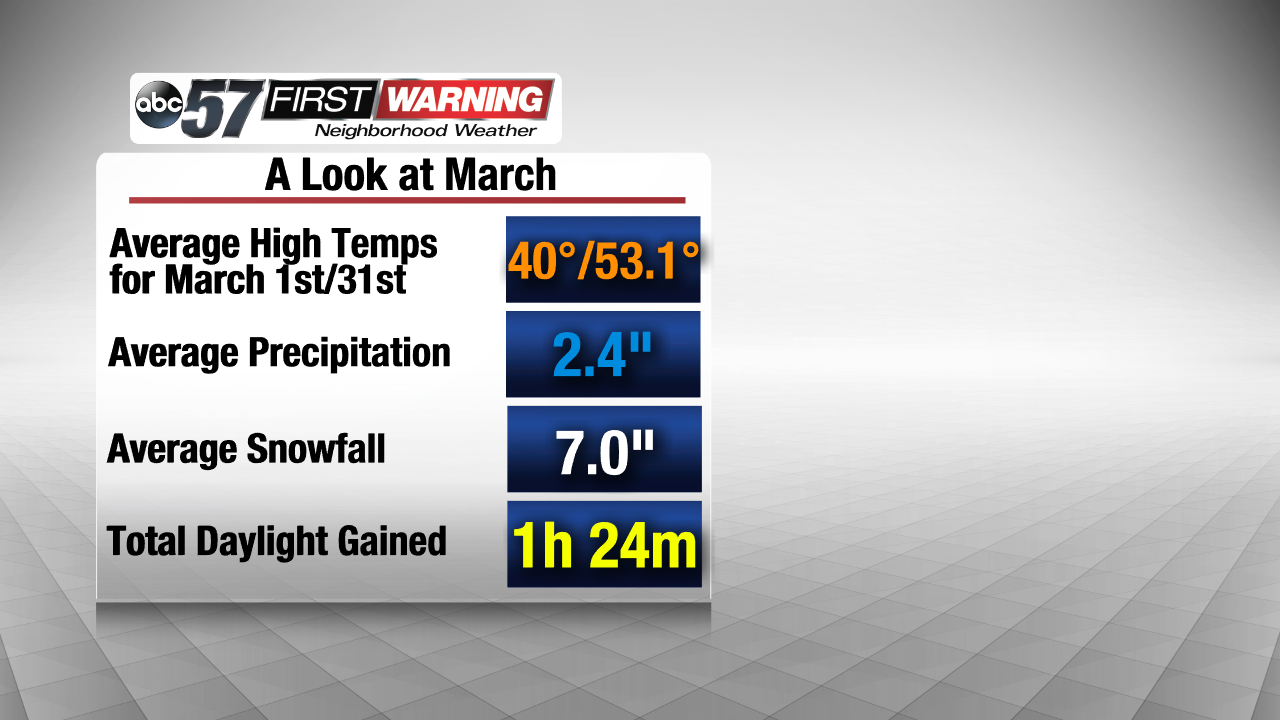 As we look ahead to March, what does Michiana normally see? Well, our average high temperatures and average low temperatures increase substantially between the beginning and end of the month. Our normal highs rise from 40° to 53.1° over the course of the month. It is not an extremely wet month, with an average March bringing 2.4" of precipitation. And, while it doesn't happen every year, the month of March can be quite snowy. A typical March will bring about 7.0" of snowfall to South Bend. Something that may put a smile on your face is the fact that we add nearly an hour and a half of daylight over the course of March's 31 days!

That is what a normal March brings. What will actually happen this year? Well, it's impossible to say with complete certainty, but the latest information from NOAA's Climate Prediction Center indicates that all of northern Indiana and southern Michigan has a slightly elevated chance of seeing both above normal precipitation and above normal temperatures overall. Does that mean we won't see cold days? Not necessarily. It simply means the pattern is setting up to favor more days with above average temperatures overall. And, in terms of the outlook featuring above normal precipitation, that does not mean all rain or all snow. The precipitation outlook encompasses all types of precipitation.

Overall, if you aren't a fan of extreme cold and heavy snow, you are pretty much in luck for the third month of the year!