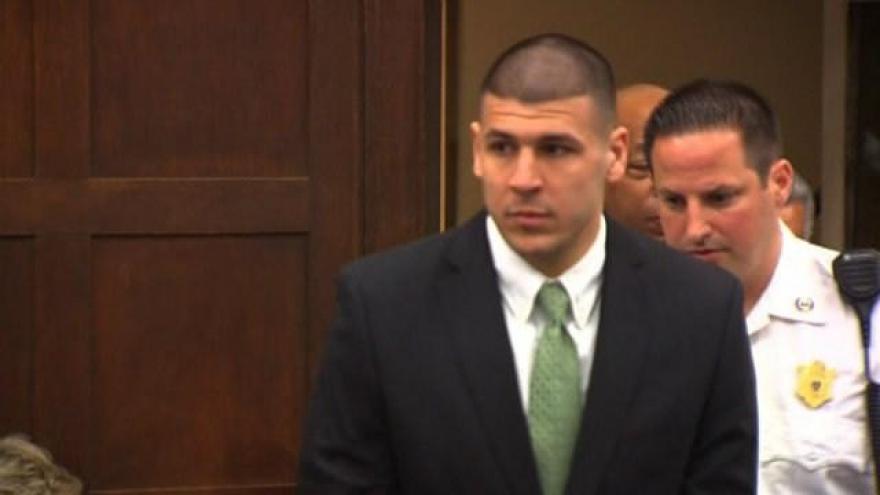 (CNN) -- Aaron Hernandez, the former New England Patriots star who was convicted of murder, was found hanged Wednesday morning in the Massachusetts prison where he was serving a life sentence, officials said.

The death of Hernandez, 27, comes just days after he was acquitted in a separate murder case.

Hernandez "was discovered hanged in his cell by corrections officers at the Souza Baranowski Correctional Center in Shirley Massachusetts at approximately 3:05 a.m.," the Massachusetts Department of Correction said.

"Lifesaving techniques were attempted on Mr. Hernandez and he was transported to UMASS Leominster, where he was pronounced dead at 4:07 a.m. by a physician at the hospital.

"Mr. Hernandez was in a single cell in a general population housing. Mr. Hernandez hanged himself utilizing a bed sheet that he attached to his cell window. Mr. Hernandez also attempted to block his door from the inside by jamming the door with various items.

"The Massachusetts State Police are on scene and the investigation continues. Mr. Hernandez's next of kin have been notified."