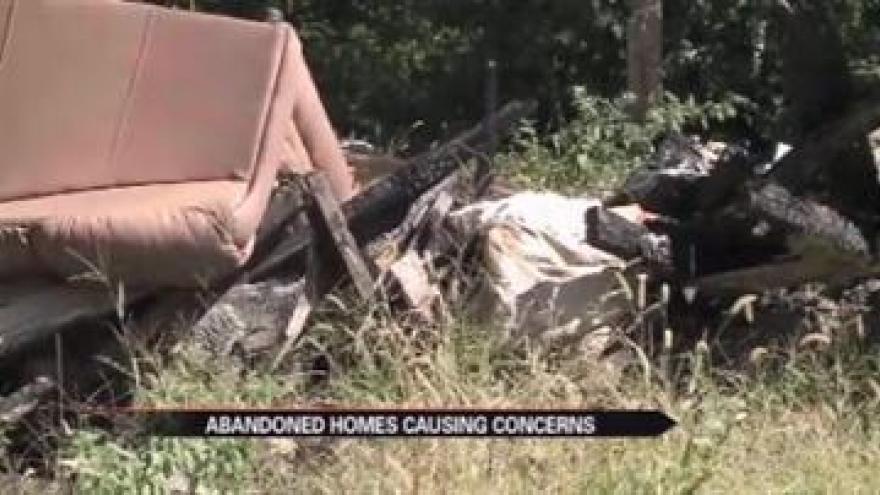 BENTON HARBOR, Mich. -- Abandoned homes present a number of problems.  One of the latest trends - people using abandoned homes and lots as dumping grounds. Commissioner Trenton Bowens walked ABC 57 through one of the worst dumping sites in Benton Harbor.

Two homes on Pavone Street were destroyed in fires last November. It’s been almost a year, and the area is being treated like it is a landfill.

On the preoperty people have dumped several pieces of furniture, a tremendous amount of trash, a pit full of wood and other trash.

Commissioner Bowens says the abandoned area is a breeding ground for disease and disaster.

He says the city inspector has been issuing tickets to the homeowner.

Dorothy King recently bought the home but says she does not have the funds to have the abandoned house on Pavone Street demolished.

When a house is destroyed by fire, the homeowner is supposed to pay to have the home demolished and the mess cleaned up.

When that does not happen, neighbors end up getting the short end of the stick.

Terry Hall says living next to this dumping ground has created rodent infestation problems for his family.

"That couch and stuff wasn’t back there, when that house burned up everything in it burned up with it. That’s all new stuff back there, I guess people think because its already in bad condition, they are just going to dump their stuff there and keep it moving."

He and others on the block are begging for something to be done.