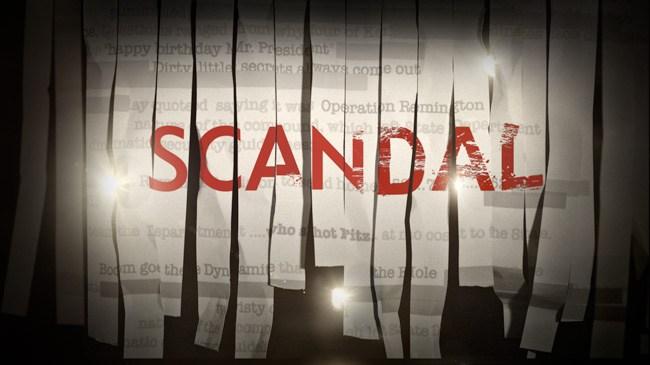 ABC has renewed the following shows

“AMERICA’S FUNNIEST HOME VIDEOS” (Season 27)
“America’s Funniest Home Videos,” the longest-running primetime entertainment show in ABC history, returns for season 27 with the same mission—to provide viewers with hysterical moments that fly by at a dizzying pace. These real-life blunders are fun for everyone, from viewers age four to one hundred and four. “AFV,” the show that invented the viral video, continues to be a Sunday night tradition for millions of families from coast to coast.  Hosted by actor and “Dancing with the Stars” champion Alfonso Ribeiro, “America’s Funniest Home Videos” has given away over $14 million in prize money and evaluated more than a million video clips from home viewers.

“THE BACHELOR” (Season 21)
ABC’s “The Bachelor,” a pop-culture sensation, will celebrate its 21st season with more fireworks, surprises and drama than ever. Just as Ben Higgins, one of the most popular Bachelors ever, will end his journey to find love with a proposal, the series has encouraged millions of viewers for over a decade to find their own fairytale romances while the original hit primetime romance reality series continues to offer unpredictable, sexy, emotional, over-the-top fun. The newly relaxed format rules guarantee more “OMG,” jaw-dropping moments. Bachelor Nation has made this romantic rollercoaster ride one of television’s top social-media and water-cooler shows, as one lucky man and 25 lucky women have the unique opportunity to find true love.

“black-ish” (Season 3)
Andre “Dre” Johnson and his physician wife, Rainbow, are living the American dream: great careers, four beautiful kids and a home in an upper middle class neighborhood. With a little help from Pops and Ruby, Dre sets out to establish a sense of cultural identity for his family that honors their past while embracing the future. Loosely based on show-creator Kenya Barris’ life, the series tackles a wide array of timely social issues with humor and humanity.

“DANCING WITH THE STARS” (Season 23)
“Dancing with the Stars” prepares for more glitz, glamour and sequins for fall 2016.  With an all-new cast of celebrities ready to take on the competition and hit the ballroom floor, it will be another season full of surprises and unforgettable dances.

“Dancing with the Stars” is the hit reality series in which celebrities perform choreographed dance routines, which are judged by a panel of renowned ballroom experts and voted on by viewers.

“FRESH OFF THE BOAT” (Season 3)
Set in the mid-‘90s, 12-year-old hip-hop loving Eddie Huang (Hudson Yang) and his family are adjusting to their new lives in suburban Orlando – new schools, new friends, new neighbors, new traditions – yet still remaining true to their family values and their continual pursuit of the American Dream.

“Fresh Off the Boat” stars Randall Park as Louis, Constance Wu as Jessica, Hudson Yang as Eddie, Forrest Wheeler as Emery, Ian Chen as Evan and Chelsey Crisp as Honey.

“THE GOLDBERGS” (Season 4)
For geeky and movie-obsessed youngest child Adam, wonder years were spent documenting the hilarious and awkward antics of his colorful family. Mom Beverly is at her best when she’s meddling, matchmaking and bedazzling her way through life, while Dad Murray parents from the comfort of his recliner in his underpants. Oldest sister, Erica, dreams of being a pop star if she can only overcome her secret love of all things uncool. Then there’s middle child, Barry, who’s just as in touch with his emotions as he is with his sick rap skills, which is how he landed Lainey as his girlfriend, who is also Erica’s best friend and the hottest girl in school. Rounding out the brood is beloved grandfather, Al “Pops” Solomon, the wild man of the clan, a shameless Don Juan who enjoys family time with his grandkids almost as much as his weekly massages. The siblings fight off huggies, snuggies and nubbies as they navigate what it means to grow up as a Goldberg.

“GREY’S ANATOMY” (Season 13)
ABC’s hit drama “Grey’s Anatomy” has been a television staple for over a decade, and the series is set to return this fall for its 13th season. Created and executive produced by Shonda Rhimes and Betsy Beers (“Scandal,” “How to Get Away with Murder,” “The Catch”), the show follows Meredith Grey (Ellen Pompeo) and the team of doctors at Grey Sloan Memorial. Faced with life-or-death decisions on a daily basis, they seek comfort from one another, and at times more than just friendship. Together they discover that neither medicine nor relationships can be defined in black and white.

“HOW TO GET AWAY WITH MURDER” (Season 3)
After taking Professor Annalise Keating’s (Viola Davis) class at Middleton University and successfully landing coveted positions working at her law firm, the Keating 5 were pushed to their limits as their values, convictions, dreams and even truths about themselves were revealed to be as dark as the law and justice system they’re trying to learn.

“MARVEL’S AGENTS OF S.H.I.E.L.D.” (Season 4)
“Marvel’s Agents of S.H.I.E.L.D.” returns for a game-changing fourth season. In the aftermath of their journey to another planet, Director Phil Coulson (Clark Gregg) and the rest of the team are more driven than ever to put an end to Gideon Malick (guest star Powers Boothe) and the Hydra organization. Little do they know that they are up against the deadliest threat they’ve ever faced – an extremely powerful Inhuman who was transported back from Maveth in the body of their worst enemy, Grant Ward (Brett Dalton).

“THE MIDDLE” (Season 8)
Two-time Emmy-winner Patricia Heaton stars in this warm and witty single-camera comedy about raising a family and lowering your expectations. Middle-aged, middle class and living in the middle of the country in Orson, Indiana, Frankie Heck is a harried wife and mother of three who uses her wry wit and sense of humor to get her family through each day intact. Frankie works as a dental assistant, and her unflappable husband, Mike, is manager at the local quarry and her sardonic partner in the daily grind that is raising their average – yes, most definitely average – family.

“ONCE UPON A TIME” (Season 6)
Welcome to Storybrooke, Maine, a small town that probably won’t show up on your GPS, but it’s a magical place to visit. Reality and myth merge as Emma Swan, Snow White, Prince Charming, the Evil Queen, Hook, Rumplestiltskin and all the other resident fairy tale characters encounter adventures with new friends and foes, battling with good and evil. But one thing always prevails: you never give up on the people you love.

“SCANDAL” (Season 6)
Everyone has secrets, and Olivia Pope has dedicated her life to protecting and defending the public images of the nation’s elite by keeping those secrets under wraps.  Pope’s team is at the top of their game when it comes to getting the job done for their clients, but it becomes apparent that these “gladiators in suits,” who specialize in fixing the lives of other people, have trouble fixing those closest at hand – their own.

“SHARK TANK” (Season 8)
“Shark Tank,” the critically acclaimed reality show that has reinvigorated entrepreneurship in America, has also become a culturally defining series. The recipient of the 2015 and 2014 Emmy Award for Outstanding Structured Reality Program, the business-themed show returns to the ABC Television Network for its eighth season.

The Sharks – tough, self-made, multi-millionaire and billionaire tycoons – continue their search to invest in the best businesses and products that America has to offer. The Sharks will once again give people from all walks of life the chance to chase the American dream, and potentially secure business deals that could make them millionaires.

“QUANTICO” (Season 2)
A diverse group of recruits has arrived at the FBI Quantico Base for training. They are the best, the brightest and the most vetted, so it seems impossible that one of them is suspected of masterminding the biggest attack on New York City since 9/11.