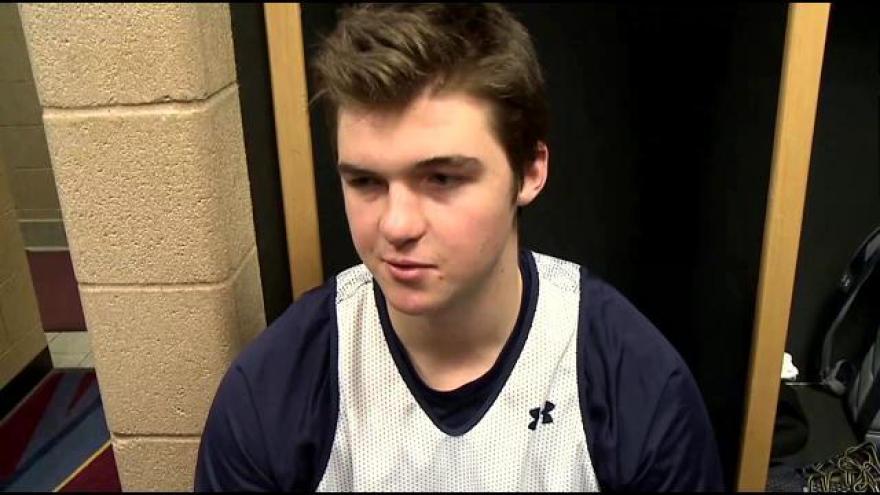 CLEVELAND, Ohio - The Notre Dame men's basketball team is preparing for its first NCAA Sweet 16 appearance since 2003. The Irish players say the further they get in the tourney, the more hungry they are for a win.

Thursday will be their first appearance in the Sweet 16 since 2003.

"It's a great chance for this program and it's a great opportunity for us. This program hasn't been here in a long time, but right now we're not really satisfied with where we're at. We want to win a national championship and that's our goal,” said Irish forward Zach Auguste.

Wichita State has only lost four games this season. They are hungry for a shot at the Elite Eight after knocking off number 2 Kansas last weekend.

"Kansas was a big win and all but we know this would be a big one and another monumental moment for Wichita State,” said Wichita State forward Rashard Kelly.

The Irish say they have a lot of heart in Thursday's game-and they say after the passing of Head Coach Mike Brey's mother-they have a lot to play for.

"For coach, for us, for the program we want to go out there and keep winning and see how far we can take it,” said Irish Guard Steve Vasturia.

The Wichita State shockers are a seven seed team who are 30-4 on the season. They defeated Kansas 78-65 over the weekend.