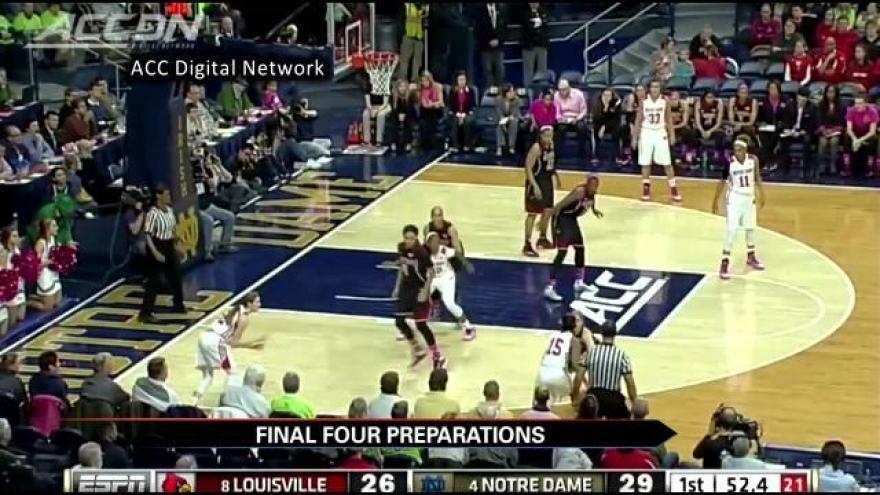 Coach Muffet McGraw says with three incoming freshman and the loss of two standout seniors in Kayla McBride and Natalie Achonwa some may have doubted they would have the experience to return to the Final Four.

But thanks to the highly talented freshmen, the Irish are again contending for a run at a national title.

The Irish welcomed three freshmen this season and didn't waste any time preparing them to play for one of the most elite women's basketball programs in the country with a rigid regular season schedule.

Despite their youth, they've got talent.

As a starter, freshman forward Brianna Turner has helped lead the team on a 21-game winning streak. She is already breaking NCAA records as the first freshman to lead in field goal percentage since 1997 at .656.

“I definitely think we're ready. We've been preparing in practice all week and just preparing all season long in the ACC play and in our pre-season games as well,” said Turner.