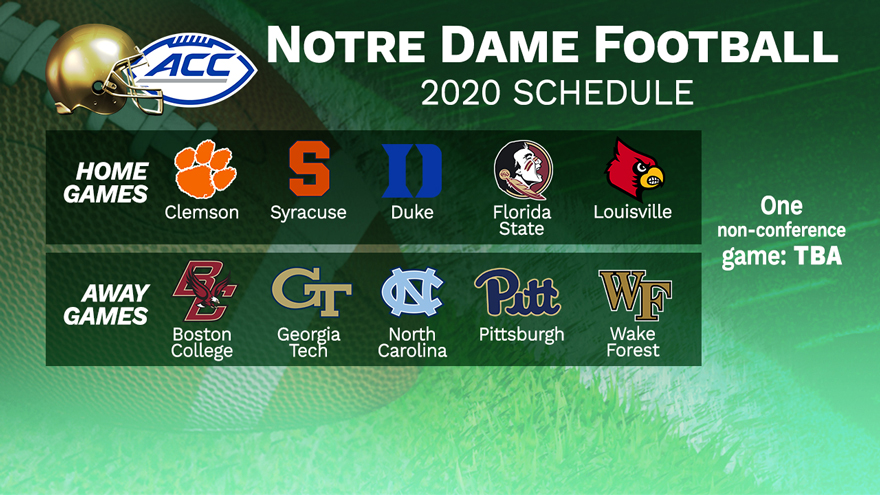 The Atlantic Coast Conference has announced details of its football schedule, which includes 10 games for Notre Dame.

The season will begin the week of September 7th through 12th.

Information on the ACC football: