Officer, tow truck driver injured in crashes on US-20 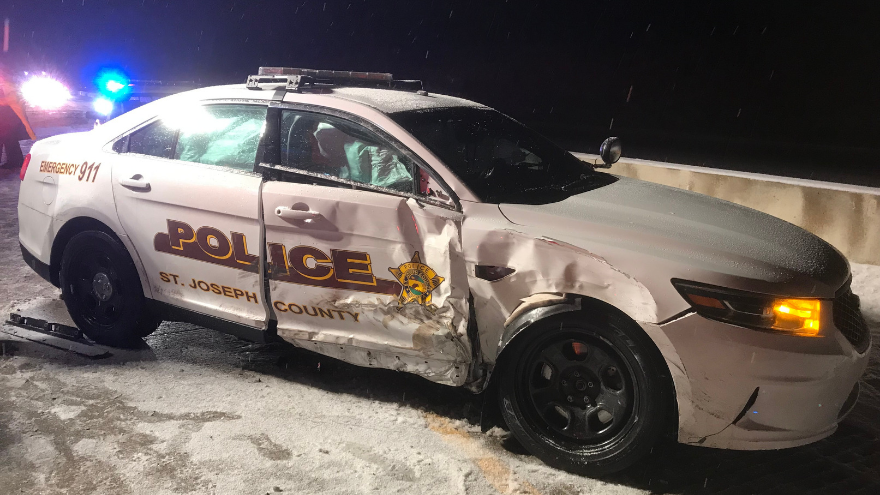 ST.JOSEPH COUNTY, Ind.—The eastbound lanes of US 20 near Elm Road were closed on Sunday night due to multiple crashes that injured an officer and a tow truck driver.

The bypass closure began at Elm Road and was reopened just after 11:30 p.m. on Sunday.

According to the St. Joseph County Police Department, just after 9:30 p.m., 28-year-old Corporal Briana Glueckert assisted a driver who had struck the concrete median while travelling eastbound on US 20.

Glueckert's marked patrol car was blocking the passing lane and her emergency lights were activated.

Another vehicle, driven by 59-year-old Robert Cobb of Elkhart, struck the officer's cruiser on Sunday night.

Cobb was arrested by Indiana State Police and booked into St. Joseph County Jail on preliminary charges of operating a vehicle while intoxicated.

Glueckert was taken to Memorial Hospital with shoulder pain.

A second crash took place when a tow truck arrived on scene.

The tow truck driver, 37-year-old Jeff Porter, an employee of City-Wide Towing, was standing on the bypass when he was struck by another vehicle.

Police say weather and speed were factors in these crashes.