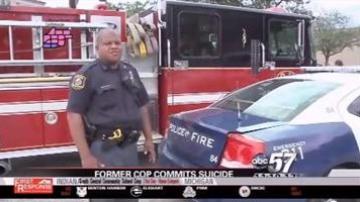 Berrien County Prosecutor Arthur Cotter confirmed for ABC 57 News that Graves was found over the "lunch hour" by his wife at their Benton Township home Thursday.

Michigan State Police Detective Chuck Christiansen said police were dispatched to the home on the 1900 block of Broadway Street at around 1 p.m.

Graves resigned from his position in November amongst the allegations.

Cotter filed a motion to dismiss the case against Graves on Thursday. A court appearance for Graves was scheduled for January 17th.