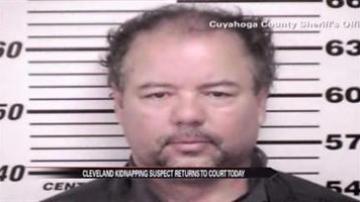 CLEVELAND — The man accused of kidnapping, raping and holding three Cleveland women captive for a decade is expected to face a judge Wednesday morning for a pretrial hearing.