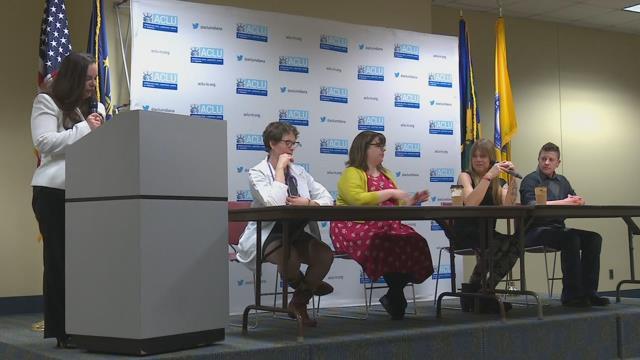 Panelists included transgender individuals, activists, and a doctor who specializes in trans care.

Given the national discussion about transgender bathrooms and protections, the executive director of the ACLU said it was a necessary topic to discuss.

"We've been battling backlash legislation like RFRA and other bills since then. The battle for LGBT rights is necessary because there aren't sufficient protections in our civil rights laws. There aren't enough human rights ordinances around the state to protect all Hoosiers from discrimination. Right now in many communities it's legal to be denied because you're gay because you're transgendered, to be denied basic services," said Jane Henegar, Executive Director of ACLU Indiana.

This was the first time in a few years the lecture series has been in South Bend.