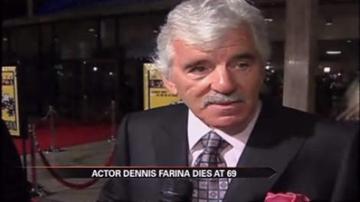 He was best known for his work on "Law & Order" and "Miami Vice." He also appeared in films such as "Saving Private Ryan" and "Snatch."

Farina was a longtime police officer in Chicago but just happened to fall into acting.

Farina leaves behind his wife, three sons, and several grandchildren.