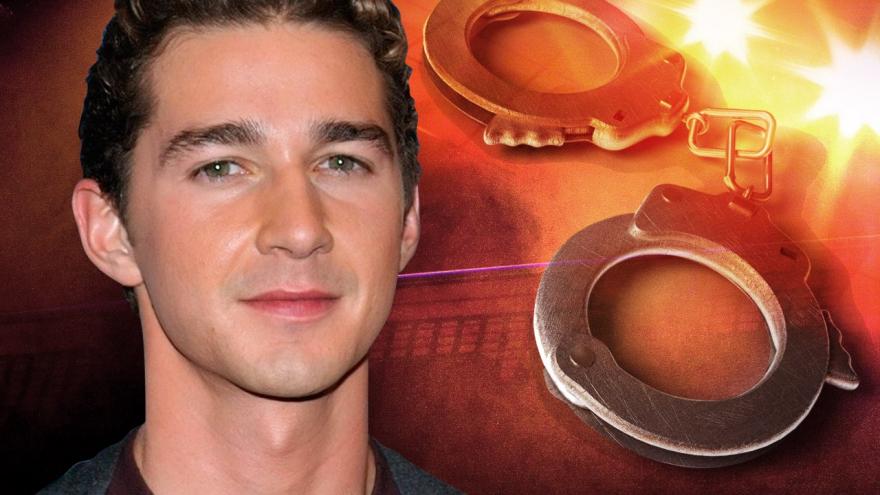 LaBeouf, 31, was taken into custody around 4 a.m., and was released later Saturday from Chatham County Detention Center after posting a $7,000 bond, the Chatham County Sheriff's Office said.

The actor approached a bystander and a police officer asking for a cigarette, according to a statement from the Savannah-Chatham Metropolitan Police Department. He became disorderly, using profanities and vulgar language, when he wasn't given a cigarette, it said.

He was told to leave the area but refused and became aggressive toward the officer, police said.

"When the officer attempted to place LaBeouf under arrest, LaBeouf ran to a nearby hotel," the police statement said. "LaBeouf was arrested in the hotel lobby, where his disorderly behavior continued."

CNN has reached out to LaBeouf's publicist and manager for comment.

The actor is in Savannah filming a movie, "The Peanut Butter Falcon," with Dakota Johnson and Bruce Dern.

Saturday wasn't the first time the star of the "Transformers" films had trouble with the law. In January, he was arrested in New York after police said he got in a scuffle with a man at his own art exhibit. Those charges were later dismissed.

Other instances include arrests for public intoxication in 2015 in Texas and a DUI in 2008 in California.

In 2014, LaBeouf pleaded guilty to one count of disorderly conduct after an outburst at a Broadway theater. The star agreed to get alcohol abuse treatment as part of a settlement related to the incident.