After 27 years, Kermit the Frog is getting a new voice 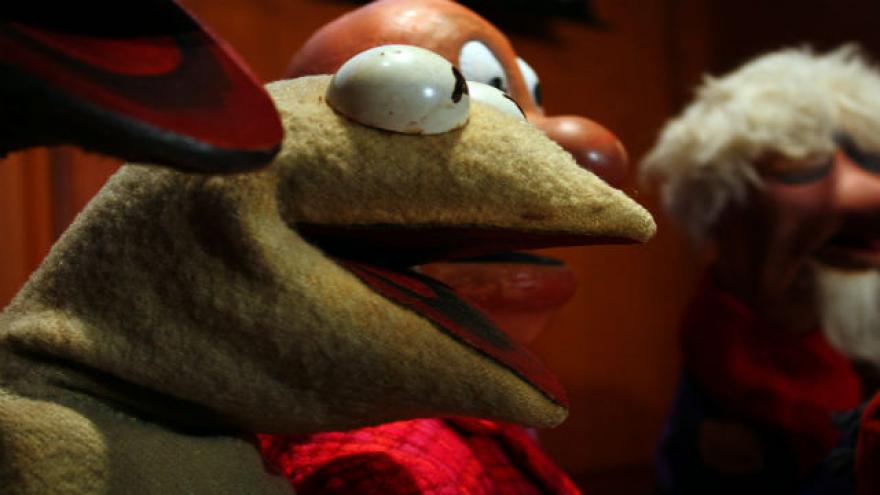 After 27 years as the voice of Kermit the Frog, puppeteer Steve Whitmire will no longer voice the famous Muppet. Taking over will be Matt Vogel. Pictured is the original Kermit the Frog puppet at the Smithsonian\\\'s National Museum of American History. Photo courtesy Floyd Yarmuth / CNN

(CNN) -- Here's hoping Kermit doesn't sound like he has a frog in his throat.

After 27 years as the voice of Kermit the Frog, puppeteer Steve Whitmire will no longer voice the famous Muppet.

The spokesperson who told CNN about the change didn't offer a reason why Whitmire being replaced.

Taking over will be Matt Vogel, the spokesperson said.

Vogel is another long-time Muppet performer whose credits include Kermit look-alike and criminal mastermind, Constantine, World's Most Dangerous Frog in the 2014 film, "Muppets Most Wanted."

Whitmire took over Kermit from the famous frog's creator, Jim Henson, himself, after Henson died suddenly in 1990.

"Henson had never spoken to me about Kermit, but he had spoken to Frank Oz about the idea of me doing the character if he became too busy," Whitmire told CNN in 2005. "I felt flattered."

Henson had been a mentor to Whitmire, who started his work with puppets as a teenager -- performing a daily show on an Atlanta TV station while still in high school.

His main character on "The Muppet Show" was the trickster rodent, Rizzo the Rat. He has also regularly performed as the shy monosyllabic lab assistant, Beaker, and as Statler, half of the cantankerous old hecklers, Statler and Waldorf.

Since Henson's death, Whitmire told CNN he tried to keep Kermit true to his original character, while putting a little of his own experience into the amphibian actor.

"I use the term 'evolved.' He's evolved as a character," Whitmire told CNN. "I've been able to build on [the foundation] while keeping aspects of Jim ... I keep that in mind all the time."