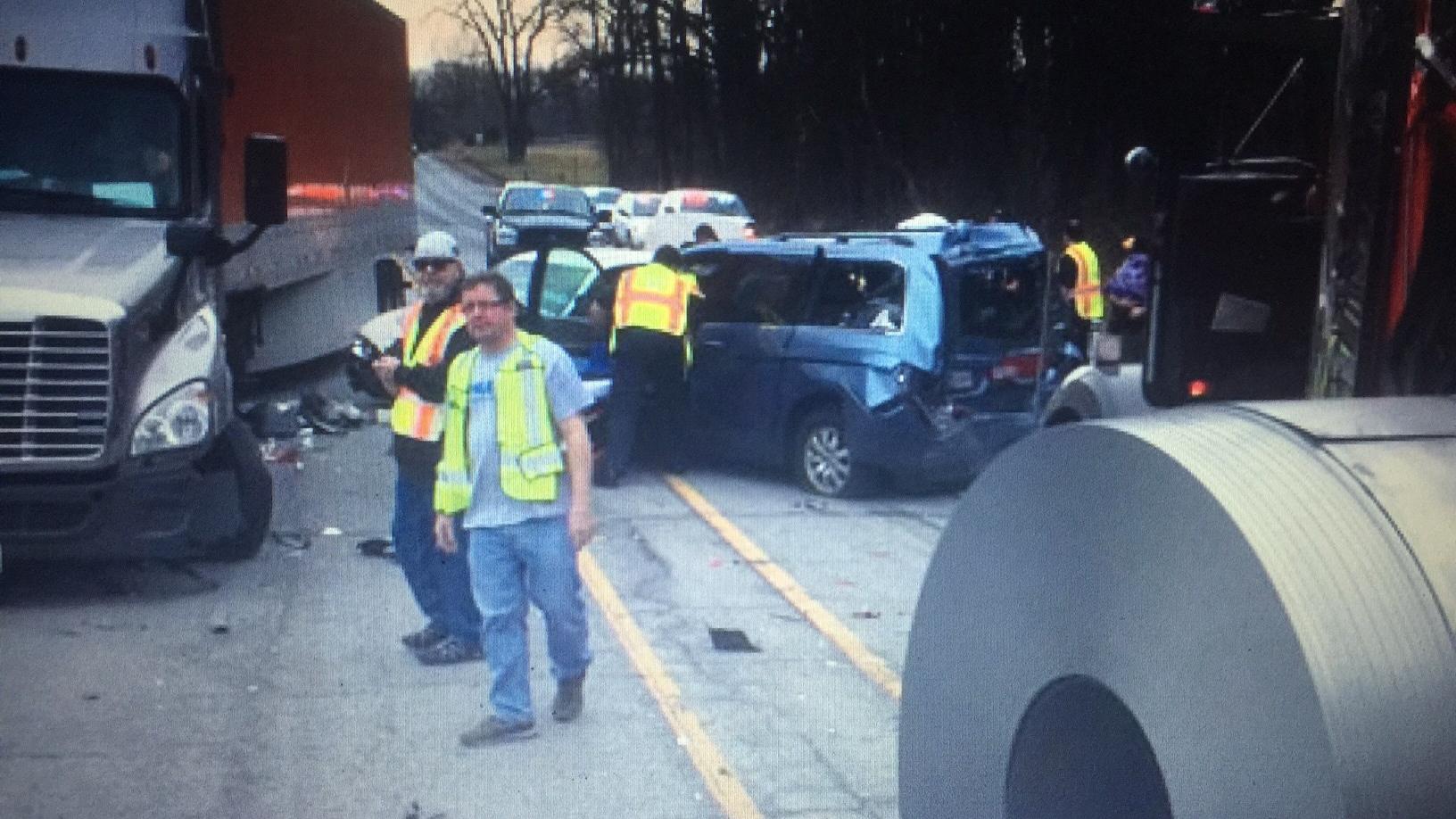 For husband and father Tony Thomas yesterday’s pile-up hit too close to home. Thomas’ wife and son involved in a multi-car pile-up involving a semi right in front of Renaissance Academy, his son’s school.

“Very tragic something like this could happen when traffic is moving at a rate of speed when there needs to be some correction in the road,” says Thomas.

Renaissance Academy is situated on US 20, just outside of Michigan City. This particular stretch of road has posted speed limited signs at 55 mph and 45 mph in the school zone.

“It’s a very dangerous area – it needs turn lanes on both sides and unfortunately the state has decided it’s not a priority in front of the school,” says Thomas.

“Obviously this particular stretch of highway is often dangerous. In fact, the portion of US 20 near the Renaissance Academy has been reduced to 45 mph and additional warning signs and lights have been put in place."

For parent Rose Strother, the yellow flashing light is a temporary band-aid on the picture problem.

“The yellow light at the county road, I don’t know if anyone even sees it anymore. Unless it’s a stop light, I don’t feel like anyone is slowing down,” says Strother.

Both administrators of the school and parents agree that they are happy with the police presence and patrol in front of the school.

Between January 2015 and March 8 of 2016 there were 477 citations and warnings handed out for speeding and other violations.

In that same period there were 39 accidents reported 12 of which were involving injuries.

Kieran McHugh is the head of Renaissance Academy. She says the school, along with fellow neighbors and businesses have been pushing for something to change.

“We have campaigned for a number of years to have a turn lane primarily to have a center turn lane would be a wonderful thing from Hwy 39 to 35 which is a dangerous strip with residences and business all along. I think the whole strip should be 45 mph and then it could go down in the school zone to 30 or 35 which would be a much more reasonable speed,” says McHugh.

“It’s very scary especially with the two kids I bring to school every day. They’re nervous. They’re nervous about me pulling out. When I drop them off and pick them up. They are scared that they’re going to get hit every day,” says Strother.

For Tony Thomas those fears were realized. And now he is pleading for change before this happens again.

“I’m afraid the Department of Transportation needs to get up here and really take a look. Stop looking at politics. Get in here and say we need to fix this area. And take care of it. At least for the children,” says Thomas.

Thankfully there were no fatalities in the accident and Thomas’s wife and son, while sore, shaken and tired, are expected to be ok.