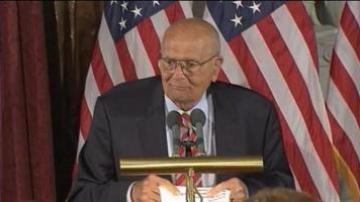 In his official statement, Dingell made a pitch for bipartisanship, saying "let us work together. What unites us is far greater than what divides us."