After Trump, sports media gets political in a whole new way 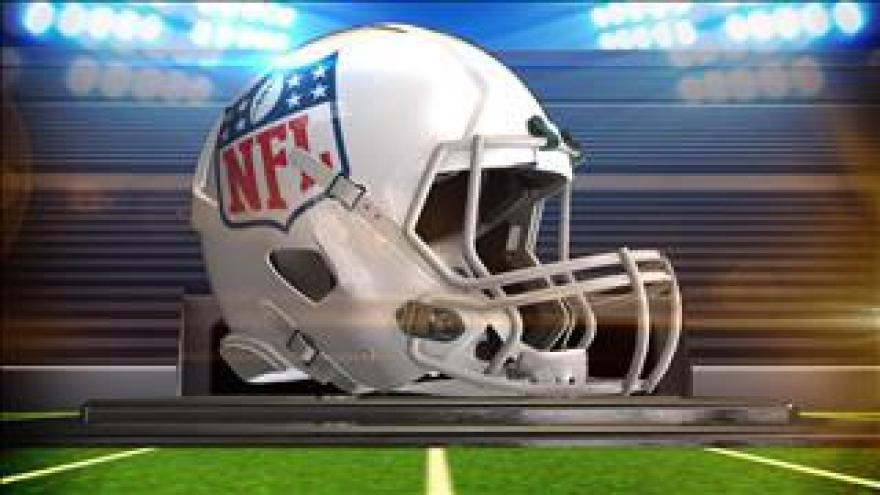 (CNN Money) -- Fox and CBS broadcast the national anthem live during football games Sunday -- a notable shift away from the usual practice.

NBC says it will do the same in prime time. ESPN, which also abandoned its usual pregame chatter to talk politics, will air the anthem live on Monday.

And as photos of athletes kneeling and locking arms during the anthem streamed in, the news media quickly repurposed those images, despite the usual limitations on NFL content. The news of the day was about much more than what happened on the field.

It would have been nearly impossible for sports broadcasters to ignore the story. Trump kicked off a firestorm two days earlier when he criticized the National Football League and attacked athletes who kneel during the national anthem to draw attention to social justice issues.

"Wouldn't you love to see one of these NFL owners, when somebody disrespects our flag, to say, 'Get that son of a bitch off the field right now, out, he's fired. He's fired,'" Trump told a crowd in Alabama on Friday.

It's not a new issue. Quarterback Colin Kaepernick refused to stand last year when he played for the San Francisco 49ers -- a show of protest against racial injustice.

But Trump's decision to wade into the fray now didn't just renew interest in the matter. His remarks also undeniably drove the tone of sports coverage on Sunday.

To start, the "Star Spangled Banner" typically isn't covered apart from the Super Bowl and other major events.

But both Fox and CBS, which began airing NFL games at 1 p.m. ET, aired the anthem live. NBC said it would air the anthem live during Sunday Night Football and "cover any news around it as merited."

And ESPN said it will air the anthem live for "Monday Night Football."

Yahoo Sports also did that while broadcasting the day's first game between the Jacksonville Jaguars and the Baltimore Ravens in London.

The cameras were focused on players of both teams who kneeled along with Jaguars owner Shahid Khan and former Ravens all-star Ray Lewis. Lewis was recently signed by Fox Sports as an NFL analyst.

Related: With 'son of a bitch' comments, Trump tried to divide NFL and its players

Trump was also the main focus of conversation during pregame shows on ESPN and Fox.

ESPN's "Sunday NFL Countdown" show spent its first 22 minutes exclusively on the president -- a significant decision for a network that insists it is not a "political organization," despite tangling with Trump in recent weeks.

"We do like to stick to sports around here. That's why we all got into this. We love sports," said host Sam Ponder. "But before we do that, we've got to talk about the biggest news in the NFL today, and it is inherently political because it involves the President of the United States."

Former head coach Rex Ryan was strikingly candid on the show. Ryan, who voted for Trump and introduced him at a campaign event, said he was angered by Trump's comments.

"I never signed up for that," Ryan said. "I never wanted that. That doesn't mean I support 100% of the things that he says and clearly this is a case."

"The athletes of this country, we're looked up to, OK?" said Tony Gonzalez, former NFL tight end, on the network's pregame show. "There's kids that are watching. Whatever the president, his point that he was trying to get across there, it's going to backfire on him. And all you did was just bring everybody together from the sports world."

After several players stood with their arms linked together during the anthem Sunday, Trump weighed in again.

"Great solidarity for our National Anthem and for our Country. Standing with locked arms is good, kneeling is not acceptable," he tweeted. "Bad ratings!"