'Ahead of the game': Florida seniors, nursing homes prep for Hurricane Irma 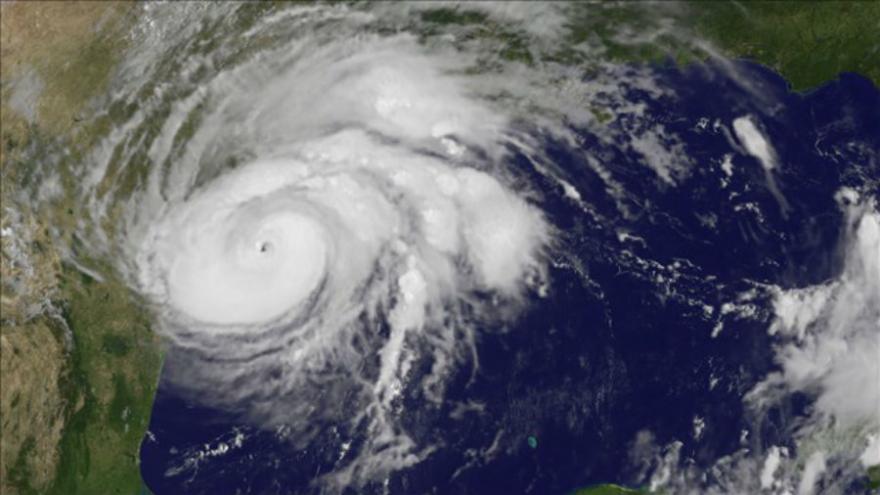 (CNN) -- Cypress Village, a senior living facility in Jacksonville, Florida, is Herbert Dreisbach's home -- and when Hurricane Irma hits, he doesn't plan to leave his home.

This will be the first hurricane that he and his wife, Joanne, will experience while living on the third floor at Cypress Village, with a view of a lake and surrounding pine and cypress trees, Dreisbach said.

"We are perfectly safe here. This is a very nice, sturdy concrete building, and we feel very secure here, and they are taking very good care of us, so we're satisfied to stay here," the 94-year-old said.

The power might go out, "and I know some of these things might happen to us, but it's still better than being at a facility that would not be properly prepared to take care of us," he said just a few hours before a 3 p.m. meeting to inform residents of how to prepare for the hurricane.

"We're all meeting downstairs for another series of instructions if need be," he said. "They keep very close tabs on us, because this is our life."

As Hurricane Irma barrels toward South Florida, Dreisbach's daughter Lisa Brown knows that staying in his assisted-living community is the safest option for her father, she said.

Yet all the way across the country in Palo Alto, California, she still worries.

"Florida is, in my opinion, a gold standard state in that the Florida Health Care Association, state disaster planners and nursing home staff have been extremely proactive in making sure that facilities are ready for a hurricane," said Brown, a professor of psychology and director of the Trauma Program at Palo Alto University.

One benefit is that the association has been "reaching out prior to a hurricane to emergency operation center leadership so they're aware of ... the needs that residents have and there's no surprises that are taking place when the threat is imminent," she said.

Brown, who is not involved with the health care association, has conducted research on how hurricane threats and evacuations affect nursing home residents.

"Not all residents, our research clearly showed, should be evacuated. Those who can safely shelter in place may fare much better than those who are physically evacuated," she said. "There's not a one-size-fits-all, is the main point."

Nursing homes and assisted-living facilities across South Florida are preparing for Hurricane Irma to strike, and they have emergency and evacuation plans in place to help keep seniors safe.

The Florida Health Care Association, a federation representing 81% of the state's nursing centers, has been hosting daily disaster calls with nursing homes and assisted-living facilities to help them prepare for the storm, association spokeswoman Kristen Knapp said.

As of Friday morning, at least 24 nursing homes and 108 assisted-living facilities have been evacuated, Knapp said. The association has been monitoring bed availabilities for evacuees across the state, she said, as well as availabilities in Alabama, Mississippi, Louisiana and Georgia.

The Florida Department of Health has coordinated the evacuation of 17 hospitals and 196 non-hospital health care facilities, according to the Florida Division of Emergency Management website.

Additionally, "if, post-impact, we need more nurses to come in and assist, then out-of-state nurses can come and provide care," Knapp said of the executive order.

In the case of mandatory evacuations, many facilities are prepared with residents' medications and other needs.

"Each facility has been instructed to prepare in advance seven to 10 days of medication, oxygen and other medical necessities for each resident. The facility packages the medications, along with the current orders, and sends (them) with the resident in the case of an evacuation," Knapp wrote in an email.

"Pharmacies are refilling medications to ensure that facilities can send an ample supply with the residents," she said. In other words, "if evacuation is instructed by local or state authorities, residents needing medication will be authorized for refills on any and all medications, regardless of last refill date."

As of Friday afternoon, the only Holiday retirement community under mandatory evacuation orders wasn't in Florida but rather in Savannah, Georgia, spokeswoman Hannah Rimar said.

The Hilton Head, South Carolina, facility may be evacuating shortly as well, she said.

Holiday Retirement communities in Florida have buses on standby in case of evacuation, more than 400 cots and linens, three days' worth of nonperishable foods in addition to twice their normal supply of food, 300 gallons of spring water and generator backups in case the communities lose power, Colwell said.

As for residents' medications, the communities have been supplied with a one-week emergency medication supply on top of the 30-day supply they have for residents, Colwell said.

"If we indeed need to evacuate, we do ask the residents to pack three to five days of clothing," she said. "We are right now sheltering in place until we get the evacuation order."

On Friday, Schneider said, the community started to move residents into those shelters, and evacuations into the shelters will continue Saturday morning.

Both shelters are above anticipated storm-surge levels and have emergency generators and emergency food and water supplies, she said.

"Shell Point has a detailed, organized hurricane plan that serves as a guideline in the event of a weather-related emergency. Active tracking begins the moment any tropical storm is named," Schneider said.

Shell Point residents also are advised to pack personal evacuation kits that include a two-week supply of medications, a three-day supply of special dietary items and ample portable oxygen supplies, among other necessities, she said.

Often, emergencies of the past help to inform preparation for the future, Knapp said.

"Hurricane Andrew in 1992 brought much attention to how we prepare for these massive storms, both as individuals and as communities. And then, in 2004 and 2005, eight named storms were the catalyst for new preparedness tools and resources for long term care centers," she wrote. "In 2016, Hurricanes Hermine in late September and Matthew in early October caused major power disruptions, evacuations and $1.59 billion in damages between the two storms, and lessons from these storms have been learned and applied."

For extreme weather events, Brown said, "I think that everybody benefits -- staff, administration, residents, and family members -- by having a discussion before this type of weather threat occurs, because once it starts to unfold, it's difficult to have that discussion then. ... Even if you just kind of step through what you would do and how things would unfold, I think you're ahead of the game."