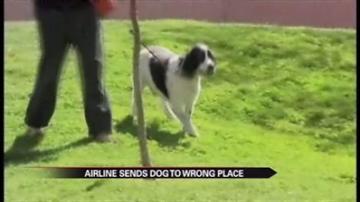 A woman was separated from her pet dog when they had to take different flights.

The woman ended up in Phoenix, where she was supposed to be but the dog wound up in Ireland.

United Airlines says they are not sure what happened.

The dog was immediately put back on an international flight back home. He arrived in Phoenix the next day, unharmed.