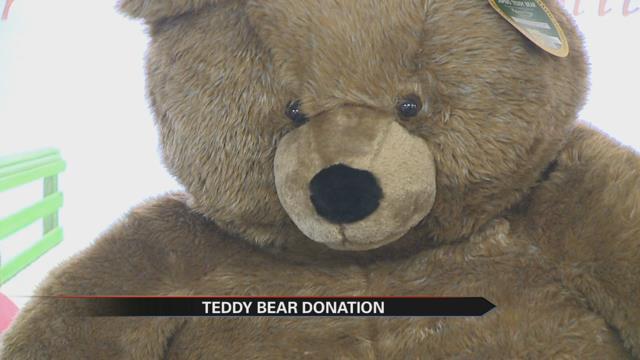 It’s part of their Bears in the Air program, this year donating 1266 new bears.

“We collect brand new newly purchased teddy bears from about the first, around Thanksgiving, all the way till yesterday, and we then donate them to the local area hospitals,” Mike Daigel, executive director of the airport said.

The first stop was Lakeland Hospital in Michigan, where Laura Wohler is head of pediatrics.

“For little kids, they have a really small world and this is really a big thing for them in a small world,” Wohler said.

According to Wohler, Lakeland is expecting anywhere from four to 10 inpatient children during Christmas.

“We try to look at the kids and figure out what bear would be best for them,” Wohler said.

Unclaimed bears are also used for children in the emergency room and given to new babies born in Lakeland.