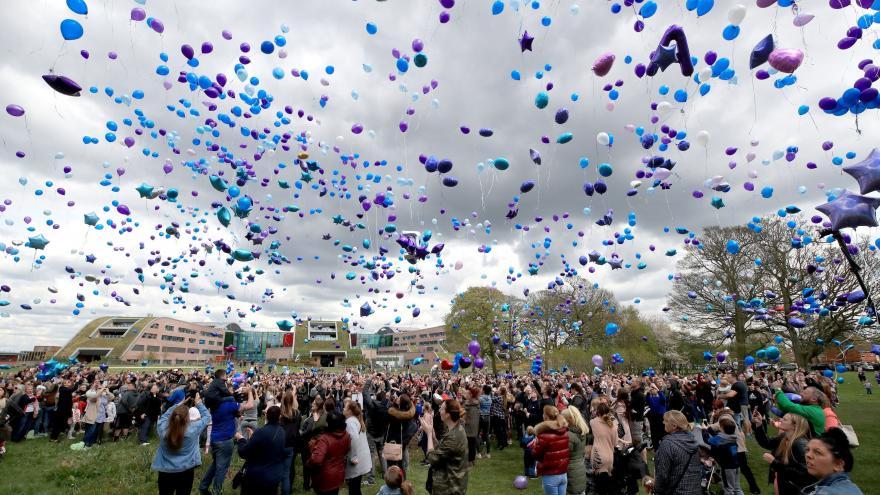 (CNN) -- Purple and blue balloons scattered across the cloudy sky of Liverpool on Saturday as people chanted "Alfie, Alfie, AlfIe."

Just hours after terminally ill British toddler Alfie Evans died overnight, his supporters gathered in Springfield Park adjacent to the hospital where he had been since December 2016.

The group, dubbed Alfie's Army on social media, united behind the family's high-profile legal battle over whether life support should be continued for the 23-month-old.

They united in the park Saturday donning their balloons in purple and blue, some with images of Alfie attached to them.

As they released the balloons in the air, members of the crowd clapped and cheered before chanting his name.

Alfie garnered worldwide attention during his family's legal battle, even drawing attention from Pope Francis, who tweeted Saturday that he was "deeply moved" by Alfie's death.