All eyes on Notre Dame-Temple game this week 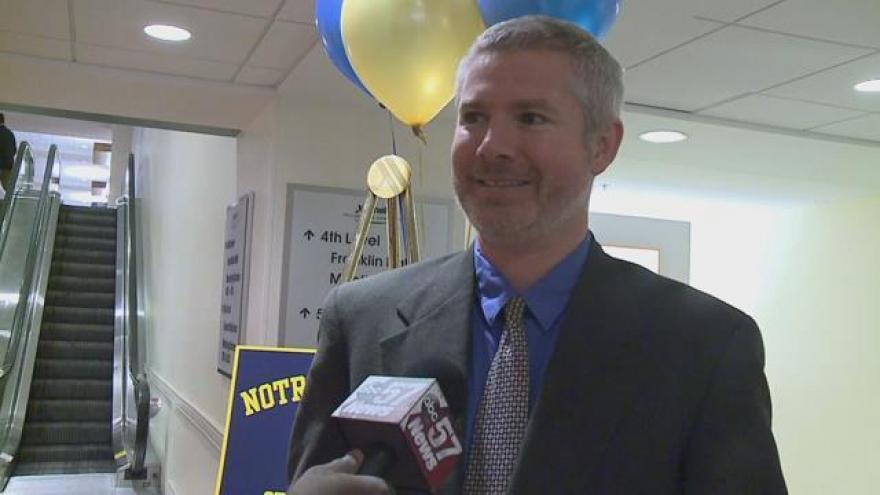 The Notre Dame game against the Temple Owls is being called the biggest college football game in Philadelphia's history.

Notre Dame has a lot of fans in the Philadelphia area. And they couldn't have imagined Saturday's game would be so big.

Philadelphia native and life-long resident Jack O'Leary has been an Irish fan his whole life.

"Oh it is great to be able to see them in person. I wish it was easier to go to South Bend to see them," said O'Leary.

With Temple's 7-0 run this season, his city's pride can't be cast aside.

For many, the magnitude of the game is an unexpected surprise. Temple is ranked for the first time in decades and on pace for perfection.

"Thought it was going to be a little more novel. We weren't sure how Temple was going to be. The scenario just blossomed into probably the biggest game of the week," said Mike Hogan, a 2000 graduate of Notre Dame.

The timing couldn't be better.

"Ironically this is the Eagles' bye week so there's been a lot more attention focused on Temple and the University of Notre Dame," said O'Leary.

But even the City of Brotherly Love's born and bred aren't picking an upset.

"I think we are going to wear them down. We have too much depth. We really do," said Michael McFadden, a Philadelphia resident and Notre Dame fan.