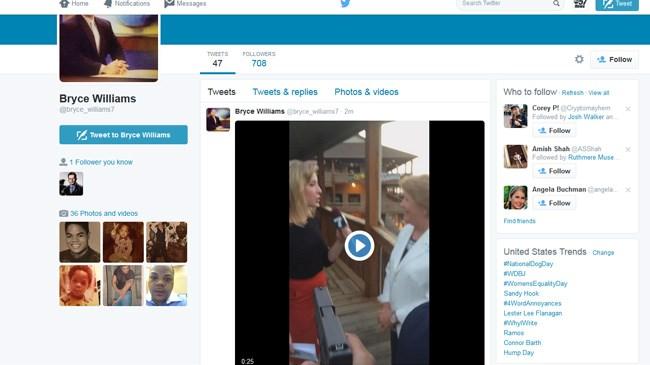 The man who is suspected of shooting Alison Parker and Adam Ward live on the air Wednesday morning posted videos of the shooting on Facebook and Twitter while police were searching for him.

Police are searching for Vester Lee Flanagan. According to reports, he goes by Bryce Williams on air.

On Bryce Williams' Twitter page, the posts came in just after 11 a.m.

"They hired her after that???"

"Adam went to hr on me after working with me one time!!!"

He also posted two videos to Twitter. The first led up to the shooting.

The second video was the actual shooting.

Flanagan has not been arrested.