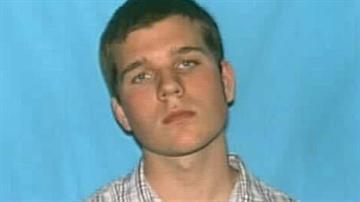 BLACKSBURG, Va. Police have identified Ross Truett Ashley as the alleged gunman who fatally shot a Virginia Tech police officer before killing himself about 30 minutes later.

There is no known connection between the officer, who was ambushed on campus Thursday, and Ashley, 22, of Partlow, Va., police said today.

But there is evidence that the shooter went to some lengths to assassinate Officer Deriek Crouse. Ashley stole a white 2011 Mercedes SUV from a real estate office in the city of Radford Wednesday, according to Radford City Police. The Mercedes was stolen at gunpoint at about 11:25 a.m.

The SUV was located the next day, Thursday, at Virginia Tech in Blacksburg. Officer Crouse later stopped a car and was seated inside his unmarked patrol car when Ashley fatally shot him, police allege. Ashley escaped on foot and changed out of his wool cap and pullover top, police said.

At least part of the deadly encounter that rattled the campus Thursday was captured on Crouse's dash-cam and since the Virginia Tech officers are also "miked," so there was likely audio of the encounter.

"We know who this person is," Corinne Geller of the Virginia State Police said at a news conference this morning.

Authorities have yet to identify a motive for the ambush.

"At this time we have made no connection that the shooter and Officer Crouse knew each other at the time of the shooting," Geller said.

She also said, "We are very confident that he was the only individual involved in this."

Determining a motive for the ambush, Geller said, is "the fundamental part of the investigation right now."

Crouse, who was ambushed as he sat in his police car, was not able to return fire, Geller said. He died at the scene.

Police are piecing together the suspect's actions leading up to the shooting, and Geller said there was a "likelihood he is connected to a stolen vehicle from Radford," a town about 18 miles away, that he used to get to the campus. The suspected gunman was not a student of the university, a Virginia Tech spokesman said today.

Blacksburg police also recovered a discarded backpack with clothing in it that seemed to match the original description of what the gunman was wearing, leading authorities to believe that the gunman changed his clothes after shooting Crouse and was part of a plan to escape.

The gunman was spotted by an officer acting suspiciously in a campus garage, but by the time the officer reached the suspect he was dead.

"We found him laying on the ground and he had suffered what appears to be a self-inflicted gunshot wound and the handgun was found nearby," Geller said.

The shooting came almost five years after the deadly massacre at the Blacksburg, Va., school, when Seung Hui-Cho killed 32 other people before killing himself.

Crouse, 39, of Christiansburg, Va., was shot and killed while performing a routine traffic stop when someone walked up to the officer's car and shot him.

Crouse was a four-year veteran of the force and father of five.

Crouse joined the school's police force in 2007 and was trained as a crisis intervention officer and firearms instructor. He was a member of the Virginia Tech Police Emergency Response Team, according to officials.

Crouse was also a U.S. Army veteran and had worked at the New River Valley Jail and the Montgomery County Sheriff's Department, officials said.

Police said they believe this is the first time a Virginia Tech officer has been shot in the line of duty.

A candlelight vigil has been planned for tonight on Drillfield. An impromptu vigil was held Thursday night.

The shooting, which occurred shortly after noon, triggered sirens and alerts telling students to stay locked inside.

An alert on the Virginia Tech school's website said: "There is an active campus alert in Blacksburg. Everyone should seek shelter or stay where you are. Blacksburg Transit service is suspended until the alert is lifted."