Allen closing in on school record for assists 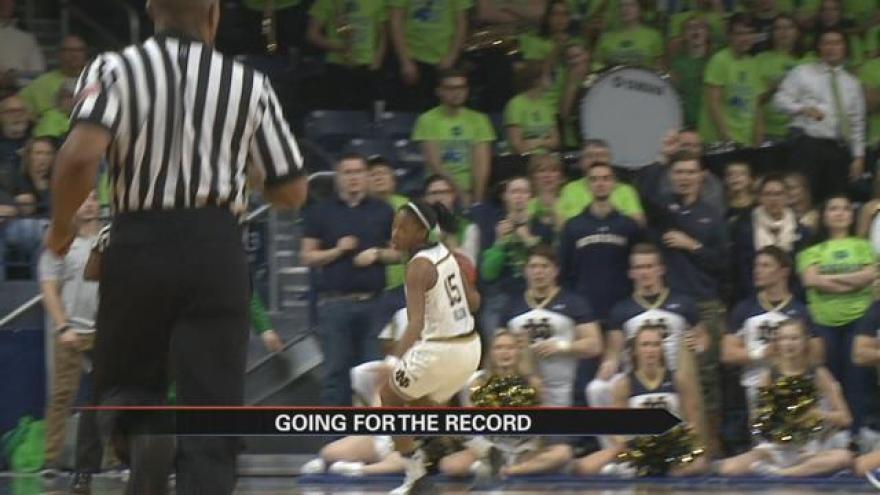 Notre Dame guard Lindsay Allen is a master at finding the open player and has racked up assist after assist since stepping on Notre Dame's campus, and now she finds herself on the brink of greatness.

Allen Tuesday night surpassed Skylar Diggins for 2nd in school history for assists and now sits 27 helpers away from setting the all time mark.

"She's just such a great passer, always looking for somebody else, puts her scoring in the backseat and just really wants to run the team," Muffet McGraw said.

The record and Allen have been on a collision course since her freshman year.

"I don't think anyone ever thought that assist record would fall and to see her challenge it this early in the season, I think is amazing because she has done so much," McGraw said.

And Allen said the only reason she even knows about the record is because of her mom.

"My mom texted me a few months ago and was telling me to make sure I averaged 7 assists per game until the NCAA Tournament, and I was like, 'Wow, no pressure!' But honestly I have no idea where I am right now," Allen said.

"It's an amazing record, it's stood for 30 years and it would be great if LIndsay's the one to break it," McGraw said.

Allen now sits at 752 assists through Tuesday and averages just under eight assists a game so in theory she should break the record Thursday February 23rd against Boston College at home.