Alligator may have bitten, killed woman in Florida, authorities say 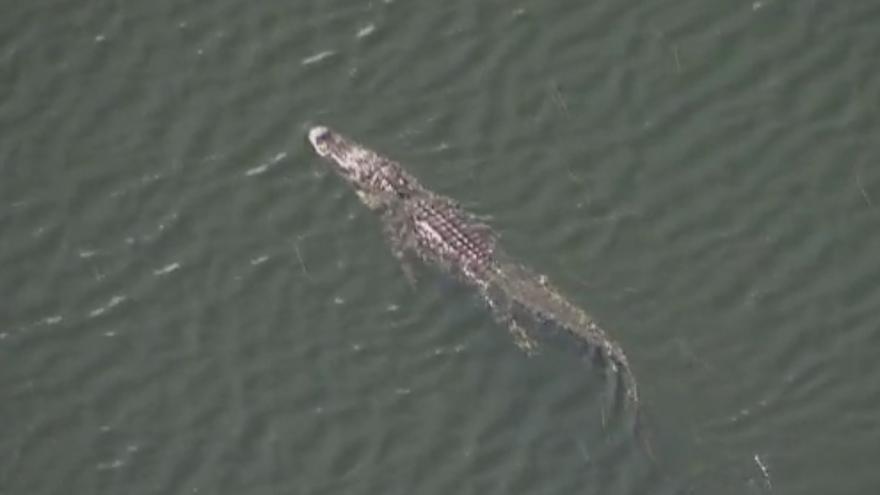 (CNN) -- Authorities believe a woman who disappeared Friday morning while walking beside a lake died after being bitten by an alligator, according to the Florida Fish and Wildlife Conservation Commission.

A necropsy performed on a 12-foot, 6-inch alligator captured in the lake in Davie indicates the woman was bitten by the animal, said agency spokesperson Rob Klepper.

"The FWC believes that the victim is deceased and we will continue recovery efforts on the lake with local authorities," he said.

CNN affiliate WSVN says police told them a witness saw the woman walking her dogs near SW 52nd Avenue in Silver Lakes Rotary Nature Park. The witness told police the woman was gone the next time she looked but the dogs were still there, WSVN reported.

One of the animals had a fresh wound, WSVN said. The dogs didn't want to leave the lake and are now being cared for by Broward County Animal Care, WSVN said.

Authorities have not released the missing woman's name or age.

"This tragedy is heartbreaking for everyone involved, and our sincere condolences go out to the family and friends of the victim at this time," Klepper said.

Aerial photos from the affiliate show a large alligator swimming in the water.

According to Florida Fish and Wildlife, the state has averaged five unprovoked alligator bites yearly since 1948. Twenty-two bites have resulted in death, the agency said. Alligators can be found in all 67 counties.

In the most publicized recent attack, a 2-year-old boy died in June 2016 after an alligator pulled him into a lagoon near a Walt Disney World hotel.