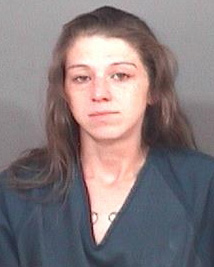 Areca Gyuriak
SOUTH BEND, Ind. – A 9-year-old boy who was the subject of an AMBER Alert Thursday morning was safely recovered at a gas station on Western Avenue around 9 a.m.

The St. Joseph County Police Department issued the AMBER Alert around 6 a.m. because it was believed 9-year-old John Gyuriak was in extreme danger.

Police said he was taken by his non-custodial mother, 29-year-old Areca Gyuriak.

An attendant at the BP station on Western Avenue was there when the boy was found.

He said the 2008 Dodge Charger described in the AMBER Alert was at pump 11 when police circled the station.

"Police came from here, here and there all around the area. And they surrounded the vehicle," Walter Neal said.

He and his coworkers watched as officers swarmed the station and took Areca into custody.

“It made me feel kind of odd like man, man. Something like that really happened you know around us. You know at our store," Neal said.

John was taken into protective custody.

"One of God’s miracles, that a child was missing in this city, and that child was found," Neal said.

Areca was booked into the St. Joseph County Jail on a preliminary charge of possession of a hypodermic syringe or needle.

Before the alert is made public, these criteria must be met:

With the requirement of specific guidelines, the process of issuing an alert takes time.