STURGIS, Mich. -- Three children who were the subject of an AMBER Alert Thursday morning have been found safe.

Officials say 37-year-old Fernando Mendoza Cruz assaulted the mother of his children at their home on Pioneer Street, then fled with the children - 2-year-old Aldo Cruz, 4-year-old Matteo Nieves, and 5-year-old Chelsey Lopez.

Police say Cruz was armed with a handgun and made comments that he would hurt both he and his children.

An AMBER Alert was issued at 3 a.m.

The AMBER Alert was canceled around 9 a.m. after Cruz was taken into custody.

Police located Cruz after a tipster told them he was at home.

The three children were taken for evaluation. 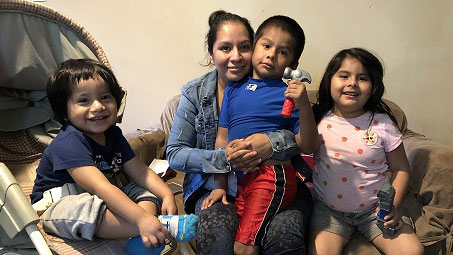 Contributions to this story also made by: Shannon Litton
Share this article: